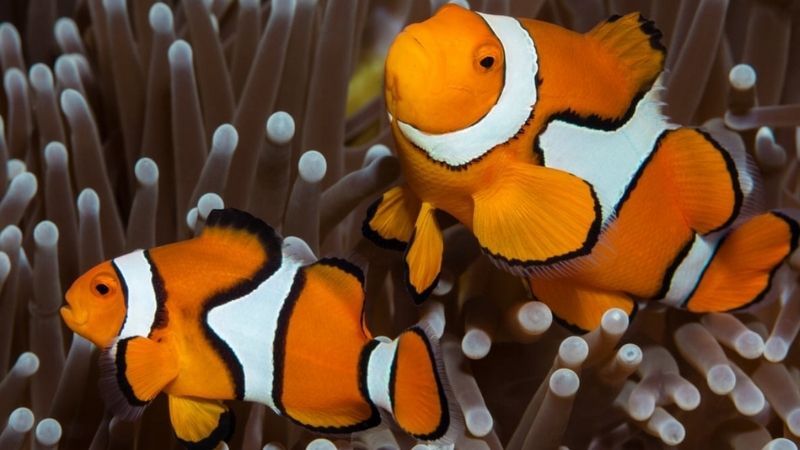 Clownfish not eating? It’s a common problem and one that can be solved by following these four steps. First, you need to figure out what is going on. Second, make sure the water quality is up to par. Third, try feeding them something different than they had before; don’t give up! Fourth, remember that clownfish aren’t like other fish and might take some time for their instincts to kick in.

You Need To Observe Your Clownfish Before You Make Any Assumptions

When you first notice your clownfish has stopped eating, don’t make any rash decisions. Keep a close eye on it and see how it’s acting.

Sometimes when clownfish seem not to be eating, that is the last thing they are doing. They might eat little bits of food without you realizing it.

If the problem persists, you should look for an underlying reason that may be causing it. Most of these things are not a big deal and will go away on their own.

Reasons Why Your Clownfish Not Eating

There are many possible reasons a clownfish is not eating. The following list provides the most common causes for this behavior.

ADJUSTING TO A NEW TANK

It is not uncommon for clownfish to stop eating when moved into a new tank. This is pretty normal. As soon as they are accustomed to their new habitat, they will start eating again.

THE TANK IS NOT CYCLED YET

While you think that the clownfish is happy in the fully cycled tank, there are still hobbyists who would disagree with you. Clownfish are considered hardy fish, and they have been used as a tool to accelerate the process of cycling a new tank. I do not recommend this, which might end up being harmful to your fish.

THEIR DIET HAS CHANGED

If the food you are offering differs from what they were previously used to, your fish may not be hungry.

If that is not enough, try feeding them live foods in an attempt to increase their appetite.

Though clownfish need to be well-nourished, it’s not uncommon for them to go without food for several days.

PROBLEM OCCURS MORE THAN ONCE

If your clownfish go more than a day without eating, you may have to look for other causes. Poor water quality or a sickness demand further investigation.

How Many Days Can Clownfish Go Without Food?

Leaving the fish without food or neglecting to feed them is something nobody wants to do, but it’s rarely necessary. If we’ve run out of food or if we’re going on a two-week vacation you’ll likely need to put off feeding the fish until our return.

Leaving a tank without maintenance for more than a month can lead to disastrous consequences, but any hobbyist worth his salt would not gamble with the health of his fish by starving them.

If you can’t feed your clownfish for a few days, what should you do?

A few days without food are unlikely to hurt your clownfish. They can survive being hungry for as long as a week. However, if they’re in good health and have been fed on a regular schedule before, it always bests that you do not take any chances. As such, setting up an automatic feeder would be the right thing to do.

How do I get my clownfish to eat?

You might want to soak the pellets for 5 minutes before feeding since this will make them easier to chew and swallow.

What happens if your fish is not eating?

If your fish stops eating, it may be sick. Check for other signs of illness such as staying in one part of the tank, appearing listless, or swimming abnormally. Old or sick fish may begin to list or swim on one side.

Can clownfish survive in tap water?

Clownfish are saltwater fish. Freshwater tanks, such as in your home, will kill clownfish within days.

I hope you’ve found this article helpful and that it has taught you something new about the clownfish.