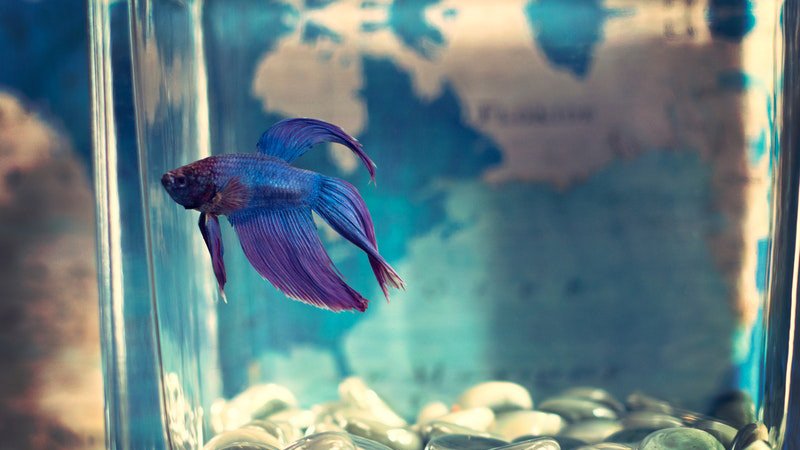 I couldn’t probably convince you just by telling you that betta fish live for 10 years! What you deserve are facts based on careful research and evaluation.

To make a more compelling case for the maximum age of a betta fish and also to reveal the oldest living betta fish in the world. I did a thorough investigation by looking at a few different sources like forums, videos, and other fish-related websites.

Even though I was hard-pressed to find official information about the oldest living betta fish. What I did successfully find are a few popular sources for you to refer to right away.

I’ve listed them all down below so keep on reading!

Lifespan of a Betta Fish – from The Spruce Pets

According to this site, the average lifespan of a betta fish is 3 years. But you can prolong a betta fish’s lifespan with proper nutrition, lots of clean water, and hygienic conditions. Even so, a betta fish can live for longer – for up to 5 years.

It is very rare that a betta fish can live for 5 to 10 years. Betta fish that rarely do live up to 9 or 10 years do so in captivity with controlled environmental conditions and away from other species.

The oldest living betta fish that I found on this online forum for aquarium fish is 5.5 years. The owner of said betta fish lived in 0.25-gallon tank for 4 years after which it was moved to a slightly larger tank – about 2 gallons.

A larger bowl for the proper care of a betta fish is necessary. With proper filters, plants, and other interesting decorative items, you can really spruce up your pet fish’s life in a spacious and comfortable aquarium bowl.

Having said that, somebody also wrote that keeping betta fish alive, in good conditions, is still a challenging feat. Betta fish don’t live for very long.

Another betta fish of 7 years of age (as of 3 years ago) was from another YouTuber named Emma Chopin. Dig a little deeper, you’ll find betta fish between the ages of 4 to 7.

How Long Do Betta Fish Live?

There is no conclusive way to increasing the lifespan of a betta fish. Betta fish are prone to fatty liver disease or hepatic lipidosis. It kills them in large numbers. Symptoms include pale appearance, decayed fins, foggy eyes, skin rashes, and inactivity.

Providing clean, filtered water is a great way to prevent this. Keeping your betta fish’s diet on a strict schedule. Avoiding overfeeding or under-feeding even if it is a nutrient-dense diet.

Betta fish love to exercise. So maintaining a water current in the tank with additional water filters can keep a betta fish active during the day.

Keeping male betta fish apart so that they do not end up seriously hurting or killing each other. Or keeping a male betta fish with a female unless you’re deciding on mating them. For the same reason that male and female betta fish might fight which would lead to injuries that might shorten their lifespans.

The oldest living betta fish, at least from what I’ve gathered, is not older than 7 years. And there are only unofficial cases of betta fish living as long as 10 years in captivity. But there isn’t sufficient data to prove its credibility.

This should give you a clearer idea about the oldest living betta and how long do betta fish live.