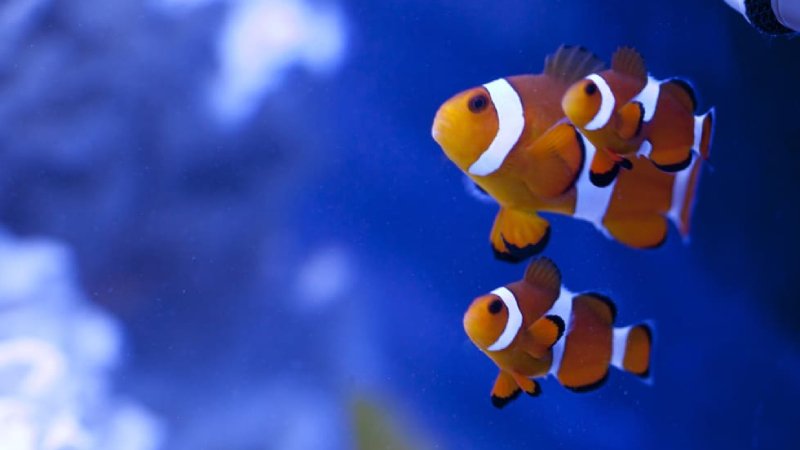 Clownfish are some of the most popular fish in the saltwater aquarium hobby. They are beautiful, eye-catching and add beauty to your aquarium. Even before Nemo became a household name, they were extremely popular. There are so many different types of clownfish, each with different sizes.

This blog will find out which is the smallest clownfish species and the size of other clownfish pieces.

How Big Do Clownfish Get?

Depending on the clownfish species, they can reach between 2 to 5 inches in length.

Based on size, patterns and characteristics, clownfish are grouped into 6 complexes.

Among these six complexes, the Maroon clownfish complex grows larger than the other clownfish species and is considered the largest. The Maroon Clown can reach a length of 6 – 7 inches.

In terms of sex, females are larger than males.

What is the smallest clownfish species?

The True Percula Clownfish is the smallest of all the clownfish reaching size around 3 inches in length.

There are many different types of clownfish, each with a different size. Below are the sizes of the most popular types available in the aquarium industry.

The Percula Clownfish, also known as the Orange Clownfish and Anemone Fish is a small saltwater fish from the Percula Complex. It’s mainly found in lagoons and seaward reefs in the Western Pacific.

These clownfish are famous for their appearance that is orange contrasts with the white markings. This fish also has many varieties. One of the most commonly sold is Picasso clownfish.

Unlike other clownfish that are territorial, the Percula Clownfish is not aggressive but a milder species even as an adult. So, they are easily bred in captivity.

The Orange or True Percula Clownfish are the smallest of the clownfish species. When fully grown, their length only reaches 3 inches. However, it is one of the most sought-after clownfish.

The Maroon Clownfish is a saltwater fish in the complex of the same name – Maroon Complex. They are found exclusively in the Western Pacific Ocean, from Indonesia down to Northern Australia.

You can identify them easily because they have a deep red color and prominent cheek spines. Those are characteristics that are not found in other clownfish species.

The Maroon Clownfish is the biggest of the clownfish species. They can reach about 7 inches in length when they grow full size.

The Clarkii Clownfish is a small saltwater fish of the most popular, hardy, and readily available members of the Clarkii Complex. It is found throughout the Indian and Western Pacific Oceans.

Although Clarkii are also a type of large Clownfish, they are not nearly as aggressive as the Maroons or any species in the Tomato Complex.

With properties like Inexpensive, sturdy and not too aggressive, the Clarkii Clownfish is a great first Clownfish for saltwater aquarists with a medium-sized tank.

Clarkii Clownfish can reach size around 4 to 5 inches in length when growing full size.

The Tomato Clownfish is a saltwater fish from the Tomato Complex. These clownfish do not have as many patterns as others but only a white head bar or vertical stripe just behind the eyes joined over the head and with a distinctive black outline. It is native to the waters of the Western Pacific, from Japan to Indonesia.

Tomato Clownfish are one of the most common and inexpensive types of Clownfish in the trade. As large, eager eaters, they tend to intimidate shy tank mates so they are a great choice for a semi-aggressive community tank.

Tomato Clownfish can reach size around 5 inches in length when growing full size.

What is the biggest clownfish?

The Maroon Clownfish is the biggest of all clownfish reaching sizes up to 7 inches.

How long does it take for a clownfish to grow full size?

Average to small clownfish usually take about 2 to 3 years to grow to full size. Larger clownfish take longer than that. They take about 3 to 5 years to reach their maximum size.

How big do clownfish grow in captivity and ocean?

How fast do clownfish grow?

There are many factors that affect the growth rate of clownfish. Usually, your fish can gain about 2-3 inches over 2 years.

In general, clownfish are small fish. Depending on the species, clownfish size can range from about 3 in length for the smallest, which is the Percula Clown, up to about 7 for the large Maroon Clownfish.

If you are interested in keeping clownfish, then learning how big they can get is the first thing you should do to set up an appropriate tank.