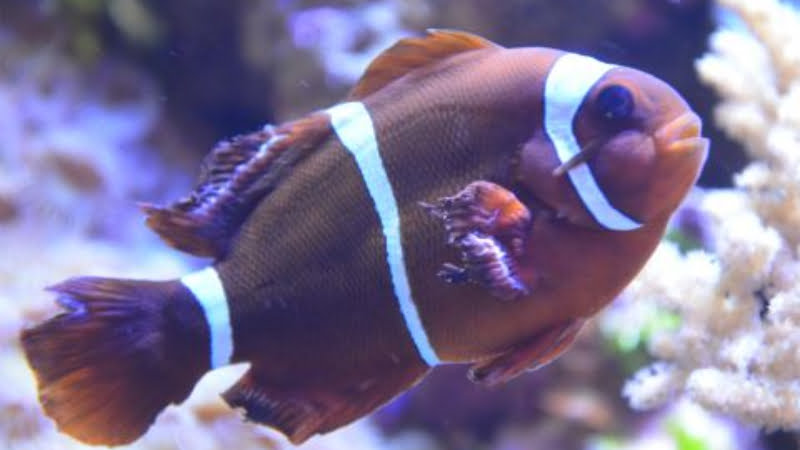 A freshwater dip clownfish is a freshwater fish that can be found in the upper reaches of rivers and streams. They are not saltwater fish, which makes them different from their ocean counterparts.

Is Clownfish A Freshwater Or Saltwater Fish?

Clownfish are saltwater (marine) fish, which means they cannot thrive in freshwater.

Clownfish is a reef-associated fish, which means it dwells around coral reefs. An adult clownfish lives on coral reefs amid the giant sea anemones. It may also be found in shallow, quiet lagoons.

Clownfish are mostly found in the Indo-West Pacific, the eastern Indian Ocean (including the Andaman and Nicobar Islands), Thailand, Malaysia, northwest Australia, Singapore, Indonesia, and the Philippines, and reaches north to Taiwan.

What Happens If We Put Clownfish (Saltwater Fish) In freshwater?

Clownfish are marine (saltwater) fish that have adapted to their surroundings. Their kidneys and gills are not designed to deal with freshwater. This means that putting a clownfish in freshwater would kill it within minutes.

Osmosis occurs when a saltwater fish is put in freshwater.

This implies that the freshwater will attempt to enter each of the fish cells and balance the quantity of salt in the cells with the amount of water outside. The fish system will be flooded and killed as a result of this.

Some fishes can live in both saltwater and freshwater, but clownfish are not among them. Try Bumblebee gobies or clown loaches if you want a tropical freshwater fish with a similar color scheme.

How To Give Freshwater Dip Clownfish Or Bath

Giving saltwater fishes a brief freshwater dip or bath is one of the easiest and quickest ways to reduce and remove the populations of all sorts of ich organisms, as well as flukes and lice that are parasitic on them. This method of hypersalinity is extremely successful, requires minimal preparation time, and is strongly suggested as the initial step in treating Ich sick fish before sending them in confinement for long-term therapy with the appropriate medication for what ails them.

Taking a saltwater fish out of saltwater and putting it in freshwater causes stress in the fish; therefore, keep a watch on the treated fish for symptoms of excessive pressure. Agitating the treatment water will keep the fish swimming and decrease stress.

How long can you freshwater dip clownfish?

For the best results fish should remain in the freshwater for a duration of three to four minutes.

Will a freshwater dip kill Ich?

Icy will not be eradicated by taking a freshwater bath. It may give some relief, but you’ll need to treat with something else, like copper or CP, then let the display tank fallow for 76 days.

What does a freshwater dip do?

Unlike most other treatments, a freshwater dip kills parasites while they are still on the fish, rather than waiting for them to go through the entire reproductive cycle.

Clownfish are marine (saltwater) fish that have adapted to their surroundings. Their kidneys and gills are not designed to deal with freshwater. This means that putting a clownfish in freshwater would kill it within minutes. So, before freshwater dips clownfish, you need to read more information to avoid serious consequences.