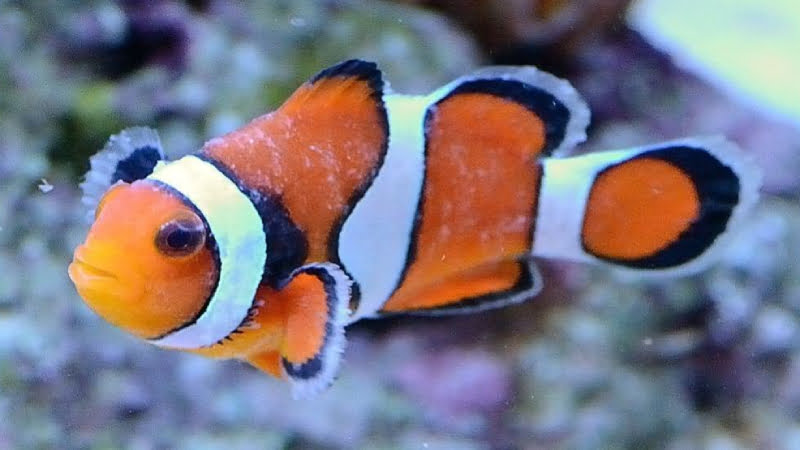 Brooklynella Clownfish Disease is a disease commonly seen in many clownfish, but it can afflict any fish. People are easy to miss this disease and thereby cause fish death if not treated early. It is deadly to fish and can kill them in a matter of hours to days.

I’ve had a search through the forums, Internet and gather some info together for new users since this disease is very common.

So, in this article, I will provide you with some information about brooklynella clownfish: definition, symptoms, treatment of Brooklynella.

What Is Brooklynella Clownfish Disease?

Brooklynella is a marine fish infestation by the ciliated protozoa Brooklynella hostilis. It very commonly affects subfamily Amphiprioninae (clownfish), and therefore its common name “clownfish disease.” Angelfishes, tangs or surgeonfishes, jawfishes, wrasses, and seahorses among others will host Brooklynella, which are kidney-bean shaped microscopic parasites covered in cilia.

Symptoms Of Brooklynella In Fish

Most of the symptoms of Brooklynella in fish are similar to Oodinium which is also a parasite that primarily attacks the gills first. Many aquarists often miss the early symptoms of this disease, so by the time it’s discovered, it’s too late to save the clownfish.

The first sign of this disease is clownfish scrape up against objects in the tank. Their gills are clogged with mucus produced, making breathing difficult. Fish often gasp for air at the surface. Very quickly the fish become lethargic, stop eating, and their color fades. The most noticeable difference is the amount of slime produced by Brooklynella is more than Oodinium’s

As the disease progresses, a thick white mucus covers the body. These white mucus will start at the head and spread throughout the entire body. Then, skin lesions appear and signs of secondary bacterial infection also arise, such as redness and fin rot.

Many suggestions have been gathered to treat Brooklynella in an aquarium. Some of the suggested treatments include adding copper, malachite green, or using formaldehyde in conjunction with other remedies. There are a few medications that claim to work for Brooklynella, but many people report they are ineffective or do not work at all. The best and most effective treatment is using formaldehyde alone.

Formalin is a powerful chemical that is used to treat Brooklynella and many other parasitic diseases. This disease can be lethal, but formalin treatment has been shown to be effective in fighting it off. However, the solution should be handled very carefully and treated with proper care – you should never underestimate the power of this chemical. Be sure that.

First, you mix the standard 37% formalin solution with fresh or saltwater in a separate treatment container. All fish are rapidly dipped in formalin at a higher concentration. After that, continuing treatment in a prolonged bath of formalin at a lower concentration in a quarantine tank. The longer the fish are exposed to the formalin treatment, the more effective it will be at eliminating this disease.

A freshwater dip or bath can provide temporary relief if you can’t find a formalin solution. After each dip or bath done, you must place the fish to a new quarantine tank to prevent reinfection. And then use formalin as soon as possible to start treatment.

How to prevent Brooklynella?

Brooklynella cannot be totally prevented. But you can avoid the parasite by only buying well maintained captive-bred aquarium fish. This disease is common in wild-caught clownfish and rarely seen on in captive-bred clownfish.
In case you don’t know if the new fish is infected or not. Ensure the safety of the fish in your tank by isolating new fish for 2 to 4 weeks before introducing them to your aquarium. You can dip them in freshwater to make sure the new fish are healthy.

How long should I freshwater dip?

For the best results fish should remain in the freshwater for a duration of three to four minutes. If any fish is showing signs of undue stress after a minute or two, remove it.

Yes, if there are any fish left in the tank and they become infected, the parasite will stay with them. The only way to get rid of this disease is by running your remaining healthy fish through treatment in a quarantine tank and letting your tank go fishless for at least six weeks.

I hope this article was useful to you. Hope you know how to recognize the signs of disease and treat brooklynella clownfish so that no fish will die unfortunately. Also, acquiring captive-raised clownfish instead of wild-caught ones is a good way to help prevent outbreaks of this disease.