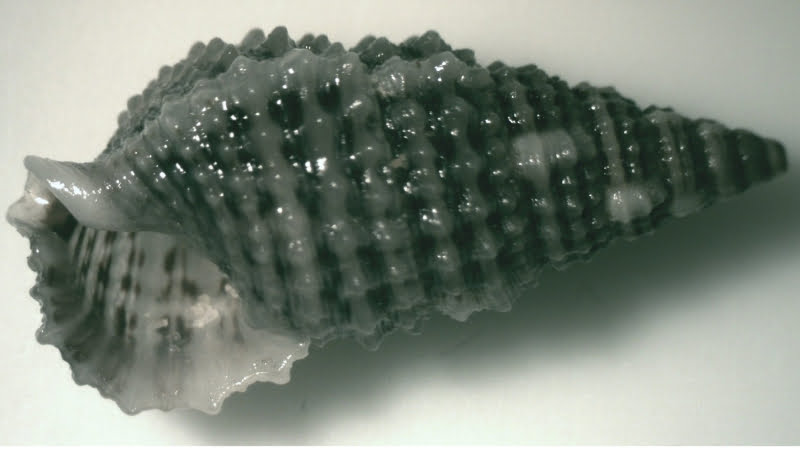 Have you ever thought about life as dwarf cerith snails? They are the tiniest and most ancient of all gastropods. Their fossils have been found dating back to the Cretaceous period, which is over 140 million years ago! These tiny creatures live in crevices and cracks on rocks that are near the water.

The Cerith snails (Cerithium sp. ), also known as Creeper snails, are commonly found in local pet stores. These snails are small and striking, making them a fantastic addition to any marine aquarium. Besides being beautiful, they serve some very valuable functions for aquarists. In spite of the fact that Cerithium has a variety of species, all of them share the same characteristics and cares.

Care for a Cerith snail is easy no matter what type it is. All of them are excellent scavengers. Cerith snails consume fish waste and detritus and clean your substrate by eating the algae on glass, plants, and decorations. They don’t pose any threat to fish or shrimp. In the tank, they will not bother anybody and are completely peaceful.

Due to the ease of care they require, Cerith snails are particularly popular with beginner hobbyists. It is fascinating to keep a Cerith Snail in an aquarium hobby.

It is fascinating to note that Cerith snails have an entirely different shell from Strombus, Trochus, and Turbo shells. Their shells are sharp and narrow. Its shape is similar to that of a spiral ziggurat tower from the east with thick walls, convex turns, spikes, and swellings. As the shell is spirally shaped from the top of the shell to the bottom and traverses along with the entire shell, the shape of the shell is stunning.

It’s very interesting to learn that the Ceritium genus is very, very ancient. Archaeologists have discovered shells that are at least 2.6 million years old (from the Cenozoic era)!

The Cerith Snail can appear in a variety of forms. Cerith snails from the coast of Mexico are smaller and have a lot of light gray to brown dots on them. Over these dots is a dark brown or black-colored shell. As a result of their appearance, they blend into the ocean floor along the Mexican coastline. It is also helpful for the Cerith snail since predators will not disturb it when it feeds.

The Cerith snail grows very tiny as an adult; its maximum size is approximately 1 inch (2.5 cm).

There is a belief that cerium sails are spread all over Europe and the Atlantic as well as over the Mediterranean, the Caribbean, Marmara and Black Seas, and even in the Pacific Ocean.

There are a number of marine Ceritium species living in shallow waters of the intertidal zone and the majority of the species can be found in coral or weedy sand; although some species are found living under rocks or under hard substrates covered with sand.

Almost all aquarium cerith snails come from the Caribbean. This mollusk lives on muddy shores where it blends in with brighter rocks while eating algae.

Generally speaking, they tend to pick shallow waters near the low tide line, and they will continuously search through the sediment deposits in search of food when they are out of mother nature. Their most favorite substrates include mudflats, seagrass meadows, and the edges of mangrove forests.

It would be ideal if their tank had a substrate of sand and lots of live rock, which would provide them with food and hiding places.

In spite of the fact that they are generally considered pretty hardy, you should avoid extreme changes in water parameters or high levels of nitrate.

Because Cerith snails are so small, they can fit into nano tanks and above. It’s important to watch and make sure the fish are getting enough food in a nano, small or new aquarium, and add some additional food if you think there’s a danger of starvation.

The Behavior Of The Dwarf Cerith Snails

The Cerith Snail prefers an environment with a quiet, calm vibe, as well as non-aggressive tankmates. They do not possess any means to attack other inhabitants of aquariums and only use shells and operculum as a means of defending themselves against others. Cerith Snail quickly pulls back into the shell and closes the trapdoor as soon as it detects something unusual.

The snails in this species spend a lot of time burrowing into the sand of their surroundings and scaling rocks. They can also rest and relax there so that they are ready for the next adventure that lies ahead. On occasion, they will come up on the glass so that you can have a good view of them from above.

A Cerith snail is not one of the most active snail species. We should be aware of the fact that in the daytime they may appear to be inactive. A cerith snail that is inactive is nothing to be surprised or startled about. This is due to the fact that the Cerith Snail performs the majority of its activities at night.

Snails like the Cerith blend in well against dark-colored rock faces and environments because they are nocturnal. Often, at night, they are busy feeding in complete darkness, crawling from place to place in the aquarium, searching for food, interesting places to explore, or a quiet place to rest and have a rest.

Cetus snails are peaceful cleaners that will not affect or harm any other fishes in the tank and will not cause any disruption to them. As a result of their small size, they are in a better position to participate in the clean-up crew than some of the larger individuals, since they are able to crawl into tight spaces and also around frags without knocking them over.

There is no doubt that these snails will get along fine with your corals and other invertebrates in your aquarium, but it does not necessarily follow that all fishes and invertebrates will certainly get along with them.

Escargots are enjoyed by lots of fish and invertebrates. Therefore, avoid keeping ceriths with anything that will snack on them such as triggerfish, dog-faced pufferfish, hawkfish, etc.

It’s a known fact that hermit crabs do not make their own protective shells. They rely on the shells of mollusks instead. Hence, hermit crabs will also need to be watched if you have them.

Shemot crabs occasionally remove snails from their shells because of their boisterous behavior. Make sure your hermit crabs are well-fed and have a variety of shells of varying sizes to select from if you plan on keeping your crabs with cerith snails. Hermits should have an easy time picking an unoccupied shell when choosing.

The Cerith snail is an excellent choice for adding to your clean-up crew since they bring so many benefits to your aquarium. The following is a quick list of the pros and cons:

Video: All About The Cerith Snail

It is a perfectly reef-safe species and is among one of the most effective ones you can add to your tank for keeping it clean.

What do dwarf cerith snails eat?

These snails are scavengers. Their goal is to eat all of your detritus, food waste, fish waste, and algae in your aquarium. In comparison to Nassarius snails, the snails play a much more important role in the cleanup process.
It is likely that you will not have to do anything special to feed your Cerith snails in large, established tanks with fewer crew members.
Nevertheless, you should avoid overcrowding, which can lead to starvation. In fact, many aquarium owners overstock their clean-up crews (CUC).
It is recommended that aquariums keep fewer than one invert every ten gallons of aquarium water – or even less depending on the type of other invertebrates they have in the aquarium.

What are the suitable tankmates for dwarf cerith snails?

It is common to find large flocks of Cerith Snails in nature. Peaceful and friendly, they welcome everyone.
Whenever you put Cerith snails into a tank, keep in mind that they can barely stand up for themselves. In order to defend itself, it has no choice but to retreat and seal itself inside its own shell. It is, therefore, a good idea to avoid putting them in with aggressive tank mates such as Triggerfish, Hawkfish.
In addition, it would not be advisable to keep them with coral banded shrimps, crabs, or hermit crabs, especially Halloween hermit crab and a blue leg hermit crab. It is a problem that hermit crabs will try and kill them just for their shells. Blue leg hermit crabs especially enjoy Cerith snails. In order to keep Cerith Snails with Hermit Crabs, it is imperative that the Hermit crabs have a lot of empty shells spread throughout the tank.
In general, Cerith Snails tankmates should include calm and peaceful community tank fish, shrimp, or snails. They can, for instance, be kept with:

How many dwarf cerith snails do you need?

It should be noted that most of the ‘rules of thumb’ with regard to how many snails you require per gallon of aquarium volume are likely to overestimate the need and cause many invertebrates to starve and die. The best approach is to start with a few, and then add more if there is a need.

As cleaning crews for aquariums, Cerith Snails are excellent for beginning hobbyists. They are very easy to take care of. Furthermore, you’re more likely to keep their numbers under control if they don’t reproduce in your tank. All of these characteristics make Cerith Snails a fantastic addition to any aquarium.

I do hope that my article will be useful and informative for those who are going to have some dwarf cerith snails in their home tank. Wish you guys loved this blog post and thanks for reading!