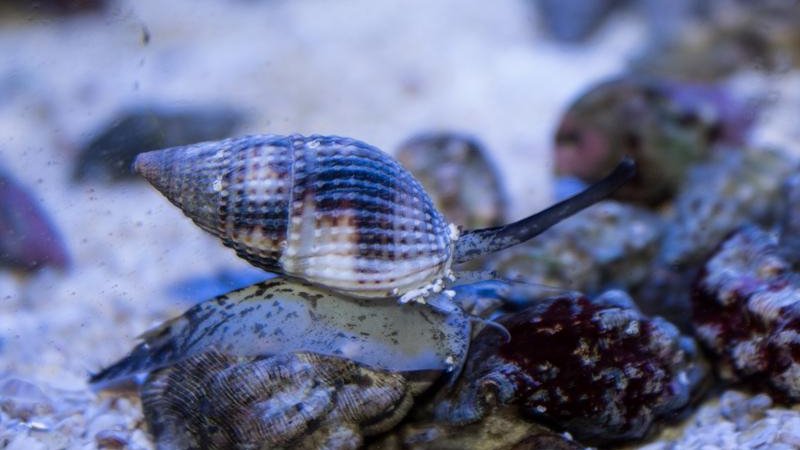 “What do Nassarius snails eat?” is a common question asked by many beginners.

It is a good idea to keep snails in a marine aquarium because they eat waste and leftover food. A Nassarius snail is one of the snails that you should consider adding to your tank as part of the cleanup crew. Your saltwater tank will also be a far more enjoyable place to if you add them to it. I would definitely recommend these snails to anyone who is a beginner as they are easy to care for and to feed.

What do nassarius snails eat So I can confirm they are easy to care for and easy to feed? In this article. In this article, we will discuss that topic in depth.

What Do Nassarius Snails Eat?

If you were expecting a snail to help you in controlling the algae population in your tank, it is definitely not the nassarius snail. This species of fish do not eat algae at all. Their diet may mainly consist of dead fish and detritus/fish waste, which is often referred to as carrion. As opportunistic feeders, Nassarius snails eat dead organic matter. This is the truth, they crawl out of the substrate like a zombie, and they also have a craving for flesh instead of algae to eat. As a consequence, this snail may indeed be useful in cleaning out uneaten meaty foods that have been left in the aquarium, such as brine shrimps or Mysid shrimps.

These snails can eat quite large amounts of food in relation to their body weight and eat very fast. They can consume 50 to 60% of their body weight in food in 8-12 minutes.In the wild, animals that eat large amounts of food rapidly reduce their chances of being preyed upon by predators since the animals clustered around the food are a potential food source for predators.

You will not need to feed them because in the tank, they will eat leftovers, detritus, etc. However, if you have a lot of snails or don’t have enough leftovers and food sources available in the tank, it is good to provide them with food. The best thing to do is add meaty foods to their diet, such as freeze-dried larvae, frozen brine shrimps, and slices of fish and seafood.

Do Nassarius snails eat other snails?

The snails are actually carnivorous, scavenging molluscs which eat dead carcasses rather than living ones. In one exception, if there are still dead snails in the ground, they will eat the shells of those snails. But these gentle creatures tend not to be aggressive predators in general. Some people also say that, when they have no food in the tank and you do not provide food for them, they can eat cannibals.

No, They won’t eat diatoms, they’re carnivorous scavengers. If you are looking for snails that eat diatoms to control the algae population in your tank, choose other snails such as Nerite, Trochus or Lawnmower blenny and Kole.

That depends on your wishes when adding a snail. If you want your snails to be part of your clean-up crew and help get rid of the algae, the Nassarius snail isn’t helpful. But if you need a creature that removes dead fish or meaty food, rotting in your tank are your problem…then, yes, they are useful. Moreover, they have a significant positive impact on maintaining a high oxygen level in the substrate by stirring up the sandbed

It is only during times where the Hermits crabs need a bigger shell that they kill Nassarius snails. If you have empty shells in the tank this won’t be a problem or at least less likely to be one.

How many Nassarius snails do I need per gallon?

In terms of how many Nassarius snails you might need for your aquarium, it is hard to give a one-size-fits-all recommendation. However, the answer is certainly: not many. In order for these fish to survive, they need dead fish carcasses which you should generally not have much in your fish tank, so you shouldn’t have a lot of these. Therefore, most tanks would need no more than a few (3-5), perhaps more for very large tanks.

Nassarius snails are a great addition to your aquarium. Not only are they easy to raise, easy to feed, but they also bring benefits to you. They make your aquarium cleaner, more enjoyable.