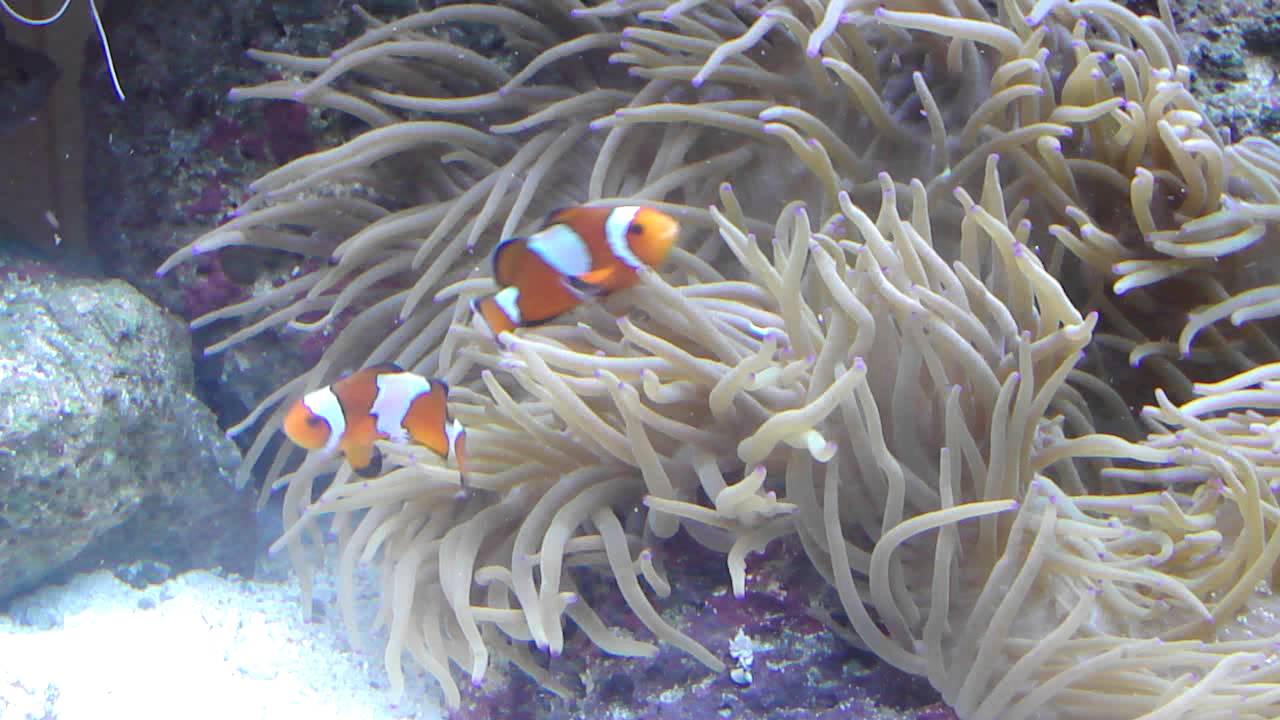 Clownfish are a type of fish that typically live in coral reefs and use their colouration to camouflage themselves in the reef. They will fight with other clownfish for territory or dominance and sometimes even kill each other on occasion.

In this blog post, we’ll go into detail about how clownfish fight, why they do it, and what you can do if your clownfish starts fighting with another clownfish!

When it comes to clownfish, one of the most difficult aspects of keeping them is their territorial nature. Clownfish are known for pecking at each other. They are so aggressive that any other clownfish that passes through their region will be attacked. Clownfish are born entirely male. The most aggressive clownfish will mature into a female in time.

Having a bigger tank to prevent territorial fights is one approach to cope with clownfish fighting. Marine plants can aid by giving extra cover and room in the aquarium. This will assist because they prefer to avoid each other’s territory.

It’s vital to distribute the food equally across the tank while feeding the clownfish so that they don’t have too much close contact when eating. You may make things worse by not providing enough food for clownfish since this drives them to compete. They will fight rashly, and they may injure or perhaps kill one another. Also keep in mind that in an aquarium with a growing population, food distribution is more important, as 3-month-old fish require more food than fish that are only a day old. While it is true that a hungry man becomes enraged, a hungry fish becomes enraged as well!

It is critical to maintaining a healthy aquarium habitat. When clownfish are under duress or stress, they may become aggressive. You can decrease stress on the fish and avoid aggression and fighting by maintaining optimal temperature and pH levels.

When your clownfish population is one-on-one, they are more likely to fight one other. If you have two or four clowns in your tank, they will each focus on one opponent and attack them fiercely. The other clowns will act as critics to the warring clowns, thus increasing the number a little will assist.

During the mating season, clownfish may become hostile against one another. Males may engage in combat for the sake of a female. When female clownfish have produced eggs or have recently hatched eggs, they may become aggressive in order to defend their young. However, this usually fades once the breeding season is through.

Why Are My Clownfish Fighting?

It is not suggested to keep too many Clownfish in a small fish tank since the tank may turn into a battle zone. Clownfish are aggressive for a variety of reasons, the most important of which are:

If you chose Clownfish from various tanks in the pet store or from different suppliers, there’s a good possibility they’ll battle for supremacy. The strongest and most aggressive of them will emerge as the group’s leader and, eventually, the female.

Do Clownfish Get Along With Other Clownfish?

In a single tank, there will always be a hierarchy.

When there are newcomers, clownfish might become hostile. In these instances, either the newbie or the established queen of the tank will assert their authority, nearly usually leading to catastrophe until the newcomer concedes.

As a gesture of surrender, the newbie will wriggle in place. It’s like a wolf baring its throat or a dog lying down on its back.

Keep an eye on your Clownfish’s interactions. If your fish begin to battle in your tank, move the rocks and corals to give the fish the impression that they are in a different habitat. If the situation escalates, give the bully a timeout or separate the aggressor and the newcomer.

Why are my clownfish fighting?

Clownfish may tend to be aggressive if they are under pressure or high stress.

Will clownfish fight to the death?

Male clownfish will not fight with a female, but females will fight each other to the death.

Why are my clownfish attacking my other clownfish?

If there are two and of the same species, they will do this to determine dominance. The ultimate dominant one will become the female, while the other will be the male.

When clownfish are under duress or stress, they may become aggressive. You can decrease stress on the fish and avoid aggression and fighting by maintaining optimal temperature and pH levels. When your clownfish population is one-on-one, they are more likely to fight one other. So you need to learn about them carefully before deciding to adopt them.