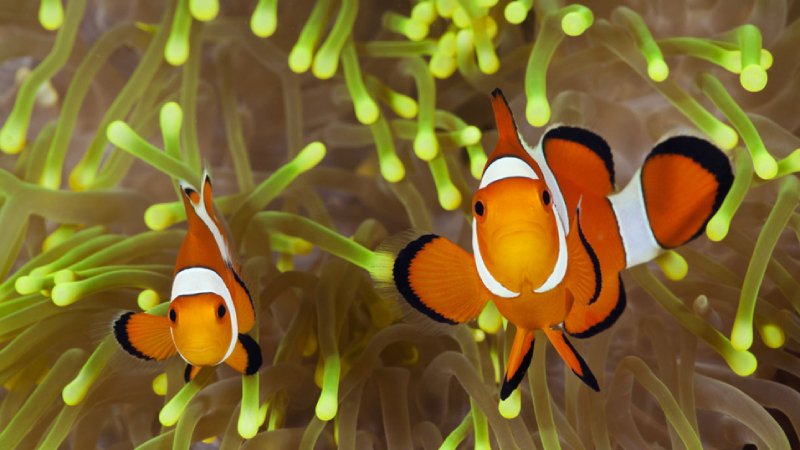 In the popular Nemo movie, clownfish are portrayed as fun and friendly, but is this really true? Are they an aggressive clownfish and how well they actually get on with other tank mates?

There are many types of fish that can be included in any saltwater coral reef tank, and one of the fish that you might be tempted to have is the clownfish. Yes, these are indeed very beautiful looking fish, and yes, they are the same as Nemo from the popular children’s movies of the same name. That said, do they get along with others?

So, are clownfish aggressive with other fish? Even though clownfish have been given the impression that they are friendly by the Finding Nemo movies, clownfish are actually aggressive towards the other fish.

This article will explain the reasons why your clownfish is aggressive and what to do with an aggressive clownfish.

Why Your Clownfish Is Being Aggressive?

By nature, clownfish are aggressive and territorial. But there are also many other factors that can make them more aggressive, especially towards other fish in the tank.

Firstly, it was captured in the wild, instead of being born in captivity and being raised as a captive animal. Wild-caught clownfish are more aggressive and territorial than captivity-bred clownfish.

The second reason is that if you have anemones as a part of your aquarium, this may trigger the aggressive behavior of the clownfish as it defends its home and its protector.

There is also the possibility that clownfish can become aggressive if they are housed with the wrong tank mates.

The lack of proper food is another reason why clownfish may become aggressive towards other fish.

What To Do With An Aggressive Clownfish?

While clownfish can be very aggressive and territorial, there are some ways to relax their aggression and make sure that they are not so aggressive.

As a clownfish owner, here are some of the most effective methods that you can use to greatly reduce your clownfish’s aggression;

1. Give Them Lots of Space

As clownfishes tend to be very territorial, especially when it comes to the anemones that they call home, you will want to give these fish a lot of space.

There is a possibility that feeding fish too much can be a problem, as overfeeding can lead to health concerns and poor water quality.

It is important to feed your clownfish enough so that they won’t be aggressive. In the event that you feed your fish more than they need to survive, make sure to always clean out any food leftover. Clownfish are much less aggressive in the absence of competition for food, so they will not be aggressive at all.

It is helpful to place your clownfish in the correct tank with the right tank mates to minimize any aggression that may manifest itself when they are together.

Since clownfish are aggressive and territorial in nature, you should not add fish with similar personalities. Instead, add tankmates that are relatively small, peaceful, and don’t try to invade space’s others.

A clownfish that is less stressed out will be much less likely to be aggressive than one that is stressed out.

Therefore, if you want to successfully cut out any aggression from the beginning, you should purchase a fish that was bred in captivity.

6. Keep Them in Pairs

When you keep clownfish in pairs, with one male and one female, you can reduce their aggression to some extent.

Keeping male and female clownfish together is likely to work out well, since they mate for life. Multiple pairs, however, can be a risky bet, especially if there is not enough room.

What are the most aggressive clownfish?

The Maroon clownfish are known to be a hand-biter, particularly the larger, female maroon clownfish is notoriously one of the most aggressive of the commonly kept clownfish varieties.

It is entirely possible, especially when they are aggressive fish. They can bite and almost always make you jump.

Will clownfish kill other fish?

Yes, clownfish can and do manage to kill other fish, and this occurs more frequently than most would admit. There are many reasons as to why this happens, but it is usually due to a lack of space in your tank, the wrong tank mates, or being forced to compete for food.