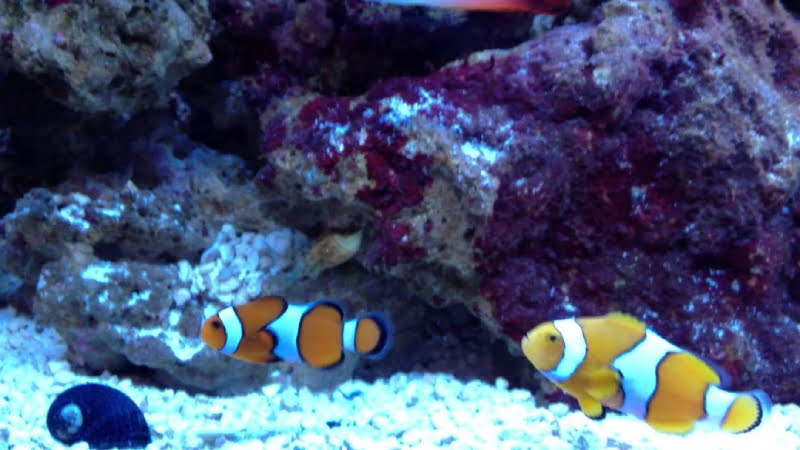 Clownfish are one of the most popular reef fish that you can keep in your saltwater aquarium. The truth is that many people do not know that there are actually different kinds of clownfish. True Percula Clownfish Vs Ocellaris Clownfish, also known as the False Percula are probably the two most popular types of clownfish. They are quite similar in appearance. If only at a glance, surely many people do not know how to distinguish True percula clownfish vs Ocellaris clownfish . However, these two species are two different species of fish, and of course also have different characteristics.

In this article, I will help you identify True percula clownfish vs Ocellaris clownfish by showing the difference between them.

There is some confusion about why these fish are different regarding their names. Many people think a True Percula Clownfish has the word “True” in its name because they are wild-caught fish. And Ocellaris clownfish or False Percula Clownfish are fish tank-raised fish, and that explains the name “False”.

But that’s not the case. Both species can be found in the ocean and can be kept in tanks. They are completely two different species, not different habitats

These two types of fish are often confused with each other because they have quite similar colorful appearance, which is orange body with black stripes. Even so, it’s surprising that the difference is also in their physical appearances. It is the difference in color distribution, eye color, and dorsal fin spines

Can Ocellaris and Percula Clownfish live together?

The answer is yes! There is a lot of similarity between the two species – they have the same anemone to host and have similar behaviors. It is even possible to create specific Clownfish by mating them. Percula and Ocellaris clowns usually always pair up and show no aggression towards each other.

While they can be great pairs, you should only have one pair of clowns. There is a risk of territorial aggression between Clownfish when you add more to your tank. When it comes to simple things, two is the best number. If you have a large tank, there might be more to handle, but always keep a close eye on your fish.

Are Percula or Ocellaris more aggressive?

This is due to the fact that true Perculas grow larger and are more aggressive than their counterparts.

Is Nemo a Percula or Ocellaris?

The Pixar movie Finding Nemo, with the character Nemo – a lovely clownfish, has helped the clown fish become much more popular. The Nemo in the movie is a False Purcula or an Ocellaris Clownfish because of its appearance, which are thin black lines on the orange body of Nemo and his father, Marlin.

Can an Ocellaris and a Percula Clownfish mate?

Yes, they can! Although they are two separate species, A. ocellaris and A. percula can mate normally and produce a cross between the two. In producing designer clownfish., these fish are intentionally bred by clownfish breeders to create more amazing fish.

If you have a beautiful aquarium, then Amphiprion Percula and Ocellaris Clownfish are among the fish that are worth including. Though they may be different species, they do quite well together when paired, and both will host the same species of anemone. They make perfect fish for beginners, so if you are thinking about adding some to your next tank, why not include these fish?