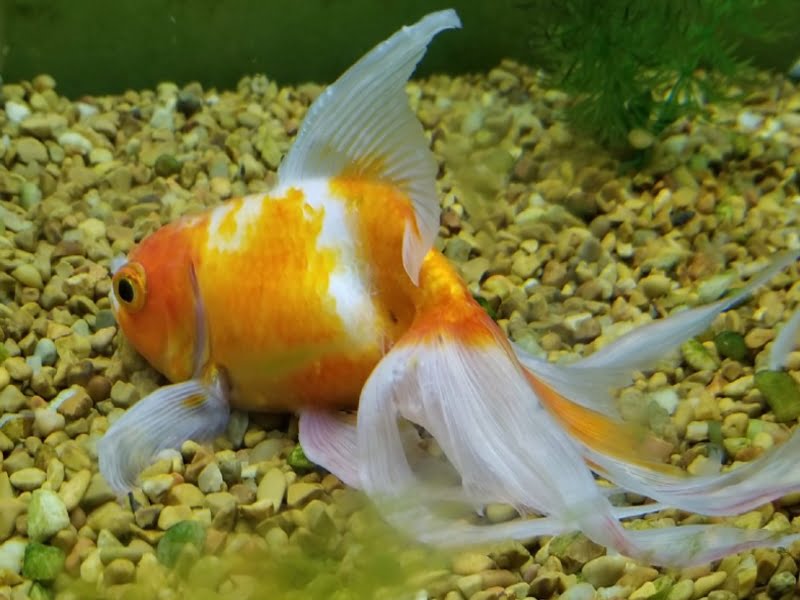 Have you ever seen some random guys who had done crazy challenges like eating a live goldfish on the internet, even in real life, and being curious about what will happen then? Or your naughty pet ate a goldfish, and you have been too worried about this? This horrible action is also called Goldfish Swallowing and was a fad popularized in American colleges in the late 1930s. It came back again, called Neknomination.

Seems some persons have brought it back again, along with this question. So, I’ll show you the side effects of eating a live goldfish, including the causes, in these cases. Also, I have some advice for you: Remember not to do anything like that because the consequences can be too catastrophic. Your pet ate a goldfish just as an accident? We have some immediate methods for you before having a meeting with your doctor.

Side Effects Of Eating A Live Goldfish For Human: What Can Kill You

Goldfish can carry parasitic infections such as Capillariasis Philippinensis, aka intestinal worms. Humans are most likely the main definitive host. Transmission occurs primarily through eating undercooked fish, including goldfish.

I think I need to tell you the life cycle to draw its dangers in more detail now. Let’s find out.

Goldfish can also carry Fish Tuberculosis (Fish TB), also more properly called Environmental Mycobacteriosis. You should know this disease make its effect on most aquariums. Your little guy may not show any symptoms, or it take a very long time enough for you to realize the difference. It is a slow-moving disease. And many fish have this virus and then recover entirely, but not you. Please bear in mind this is zoonotic bacteria.

The gill flukes of goldfish are where flatworm parasites lay their eggs, whereas body flukes create live offspring. Without a microscope, you will not be able to see flukes, but a skin scrape will aid in the identification process. Flukes are white and scarcely visible on light-colored goldfish, however, they are obvious on dark-colored goldfish such as black moors. When it hatches, the worm is typically 1 millimeter long. If not properly recognized and treated, flukes can become highly dangerous for goldfish as well as those who consume them.

A protein-losing enteropathy can lead to cardiomyopathy, severe emaciation, cachexia, and even mortality occur when patients with capillariasis philippinensis are not properly treated.

These intestinal worms can cause diarrhea, abdominal pain, and exhaustion as well.

Immunocompromised people tend to develop clusters that may extend proximally along the course of the lymphatics, whereas healthy individuals infected by Mycobacterium Marinum frequently have a single lesion.

For Animals: Are The Side Effects Of Eating A Live Goldfish Negative?

The answer is based on what your position is, but I highly warn you not to feed your pet a goldfish. This isn’t a fresh source for your pets’ health.

Repurposed aquariums that were once used to contain fish have been found to transfer mycobacterial infections (bacteria carried by goldfish) to reptiles. Do you recall that Mycobacteriosis is a type of zoonotic bacteria? Additionally, reptiles may exhibit nonspecific symptoms of sickness, skin lesions, and internal organ granulomas, which may be accompanied by stomach distension. Mammals and birds can also develop localized or disseminated cutaneous and internal lesions caused by nontuberculous mycobacteria.

Is it possible for a cat to eat a goldfish? Yes, yet they don’t really enjoy it. As long as you’re confident that the goldfish came from a location free of contaminants, you’re Okay to continue. It’s not a good idea, in my opinion. Eating a goldfish carries hidden risks, such as bonding and others.

Can a goldfish live in your stomach?

A human stomach is a rather awful environment for a living organism; it’s high acidic, and full of noxious gases from the digestion of food, so a goldfish would perish in less than three minutes. Typically, a goldfish’s stomach would be somewhat hostile due to the high acid level, and you’d need a substantial amount of water to neutralize the stomach’s acidity to make it habitable for any period of time. If there was a substantial amount of freshwater present, to begin with, it might likely survive for a short time (no more than 5 minutes).

It is unlikely that they are as appetizing as other freshwater fish. If you had a goldfish as a pet, you probably imagined that it tasted like the fish flakes and pellets it consumed.

Because these bacteria, Capillariasis Philippinensis, Fish Tuberculosis, Mycobacterium Marinum, and many types of flukes, can still be alive though you cooked goldfish, it’s the best for you and your pets not to eat it.

After consuming a goldfish, if you or your pets experience any symptoms, please have a meet with your doctor as soon as possible to get the right treatment.