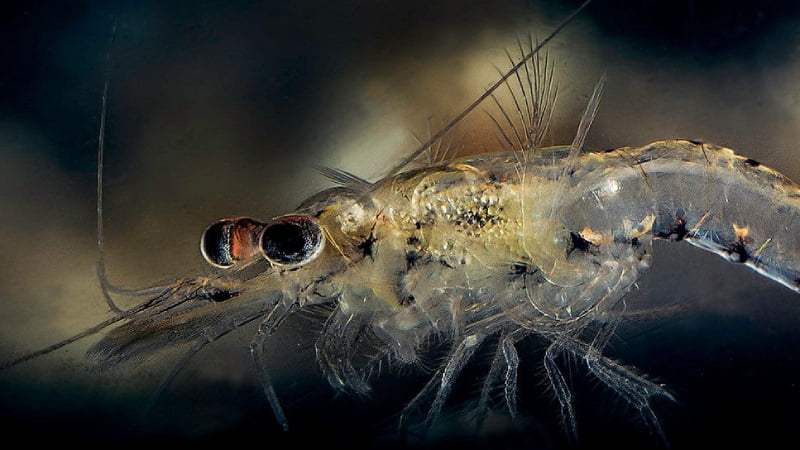 What do you get when raising Mysis shrimp? It is a question that many people ask themselves before deciding whether it is the right thing to do. Mysis shrimp are raised for their meat, but they provide much more than just-food. Raising them can be an excellent way to make your home or business sustainable and environmentally friendly, as well as lucrative.

If raising Mysis shrimp sounds like something you would like to try, then this blog post will provide some useful information on how to make raising them a success!

If you have a saltwater aquarium, it is very important to make sure that the inhabitants get the best possible food, as this will help them live longer and healthier. To achieve this, it is best to feed them naturally occurring foods such as Mysis shrimp and mysid shrimp. They can be bought online or in a store. You can also breed them on your own. There is no doubt that these creatures are extremely nutritious and your fish will devour them with ferocity.

Mysids are found in more than 72 species. There are a few marine mysids, but most are freshwater mysids.

It is common for people to refer to mysids as shrimp, but they are not considered shrimps by taxonomists.

Mysis shrimp (Mysida) are macroscopic crustaceans. Even though they are called shrimp, they are not true shrimp. In a marsupial-like manner, females hold their fry in pouches at the base of their legs. Because of this, they are also known as Opossum shrimp. The size ranges from an inch to the size they can reach, but they will never get much bigger than that. Shrimp, whether frozen or live, tend to be smaller in size.

Mysids live naturally in coastal zones throughout the high boreal and Arctic seas. In addition, they are also found in freshwater lakes in northern Europe and the salt marshes of the Caspian Sea.

There are a few species of Mysis shrimp that are found in estuaries and in shallow waters from the east coast of Mexico to Florida.

Their hardiness allows them to adapt to diverse living conditions, changing temperatures, and salinity changes. While some species prefer to live on the seabed, others prefer to live in mid-water or near seagrass and algae.

Feeding live food sometimes presents a problem because you cannot feed it at any time. The best way to solve this problem is to cultivate your own Mysis shrimps.

Enriched foods are a proven way to provide nutritionally sufficient food for juvenile Mysids. Kuhn et al. (1991) reported that feeding fortified Artemia nauplii to Mysids is the simplest method of enriching them. Based on experiments performed in static (closed) systems, artemia nauplii are most beneficial for sustaining mysid colonies (Domingues et al. 1998). The recommendation is to supplement adult and hatchling mysids with marine fatty acids-fortified Artemia nauplii (such as phytoplankton-enriched or Selco-enriched preparations) for 12 hours before feeding.

We collected Artemia cysts on 53um mesh screens after hatching them for 24 hours under fluorescent light at temperatures of 28 °C with salinities between 18 and 22. To enrich newly hatched Artemias, they are soaked in a solution of Selco and seawater for 12 hours while containing 0.25 g of Selco per liter of seawater.

What do Mysis shrimp eat?

Shrimps of the Mysis species are omnivores and feed on plankton, diatoms, copepods, and algae. In some cases, certain species will eat detritus and algae as well, but since they are so small, a stockpile of them would be needed to make a meaningful contribution as members of the cleanup crew.

How to breed Mysis shrimp?

Every saltwater aquarium enthusiast knows there are some species that will not eat frozen or dried foods. An example of such a species is the seahorse, which withers without food and eventually dies. In these cases, live Mysis shrimp, a small saltwater crustacean, is used. It is therefore common to frequent the pet store to buy shrimp again and again. Breeding Mysis shrimp, however, is possible so that they are readily available.
Reading my article and then you can find out things you need to prepare before setting up a Mysis shrimp tank. Once you get full equipment, let’s start setting up your own tank by following my detailed guide as I mentioned above.

Can Mysis shrimp be raised in a tank?

Yes, of course. You can have some Mysis shrimp in your home aquarium as long as you meet the requirements when setting up a tank I have listed above.
Mysis are freshwater species. Additionally, large numbers of them are nearly impossible to maintain. It is certain that you will always have some in your tank. For them to be used as a food supply you need a wide variety of tanks with meshes of different sizes to allow babies to escape the adults and fend for themselves. Due to the fact that they are extremely cannibalistic, they are difficult to breed.

A Mysis shrimp is a false shrimp that is larger than brine shrimp and healthier when it comes to frozen food as they don’t retain a lot of water when frozen. This is a relatively easy species to breed and can also be kept in a refugium. As a whole, they are a superb source of food for all the fish in your tank, as well as the corals.

Welcome to my blog post if you’re planning to grow Mysis shrimp. Here’s a full guide. Hopefully, it will help you, and thanks for reading!