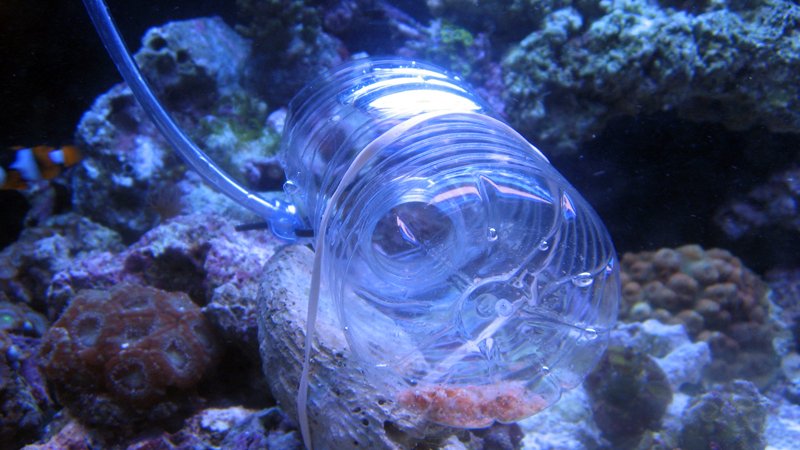 Some saltwater tanks can benefit from the presence of mantis shrimp, but most hobbyists consider them an irritating nuisance. It is easy for these hardy crustaceans to get into aquariums accidentally through live rock, and they can be difficult to get rid of once established.

This article will show you why Mantis shrimp are dangerous, and revoveal methods like How to trap a mantis shrimp

Why Should You Remove Mantis Shrimp?

There are some creatures in your tank that are at risk from mantis shrimp. Mantis shrimp should be removed from your tank for the following reasons:

1. In nature, these animals burrow into the ground. They have a natural instinct to remove obstructions in their path by smashing away until clear. If they are large enough, this could chip away your glass and eventually shatter it.

2. There is no picky eater in this species, and they will also eat both your fish and invertebrates.

3. The mantis shrimp can seriously harm fish keepers, especially if they are adult-sized. That why commercial fishermen have named these creatures “thumb-splitters”

It might be possible for you to use a hammer to break up the rock the shrimp. As long as there aren’t as many holes or tunnels in which it can hide, it should be easier to flush out the mantis shrimp.

How To Trap A Mantis Shrimp?

If you know you have a mantis shrimp living in your tank, but the exact location of its abode is unknown, then a trap is your best bet. A trap that you make yourself is quite easy to make, or you can look for a trap that is commercially available. They both operate through baiting the traps with food, before luring the mantis shrimp into the trap, and then catching it once it enters the trap.

If you want to make your own trap, you need sharp scissors or a knife, a 16 oz. clear plastic bottle, and a piece of seafood for bait. You can make a trap by following these steps:

How do you know you have a Mantis shrimp in your tank?

The Mantis shrimp are very hardy animals, and they normally enter a tank by “hitchhiking” on live rock. One way to tell if you have one in your tank is if you hear a tapping or clicking noise coming from your aquarium. Adding to the list of signs are disappearing fish and dead crustaceans with cracked shells. Because mantis shrimp tend to burrow, you may not actually see them in your tank. However, if you see any of these signs, you know you have them.

Can a Mantis shrimp break your finger?

A mantis shrimp with its powerful punch and fast speed can pulverize a snail’s shell, smash out chunks of a rock wall or even break a finger. These “thumb-splitters” can cut through a person’s finger in milliseconds.

What is the lifespan of a Mantis shrimp?

Shrimps from the Mantis shrimp species can live in captivity for over twenty years.

Mantis shrimp are well known for being fierce predators. Early detection and removal of these creatures are key to ensuring that your tank is not destroyed by one of them. The above suggestions can help you to keep your fish and other invertebrates safe from predatory animals by following them.