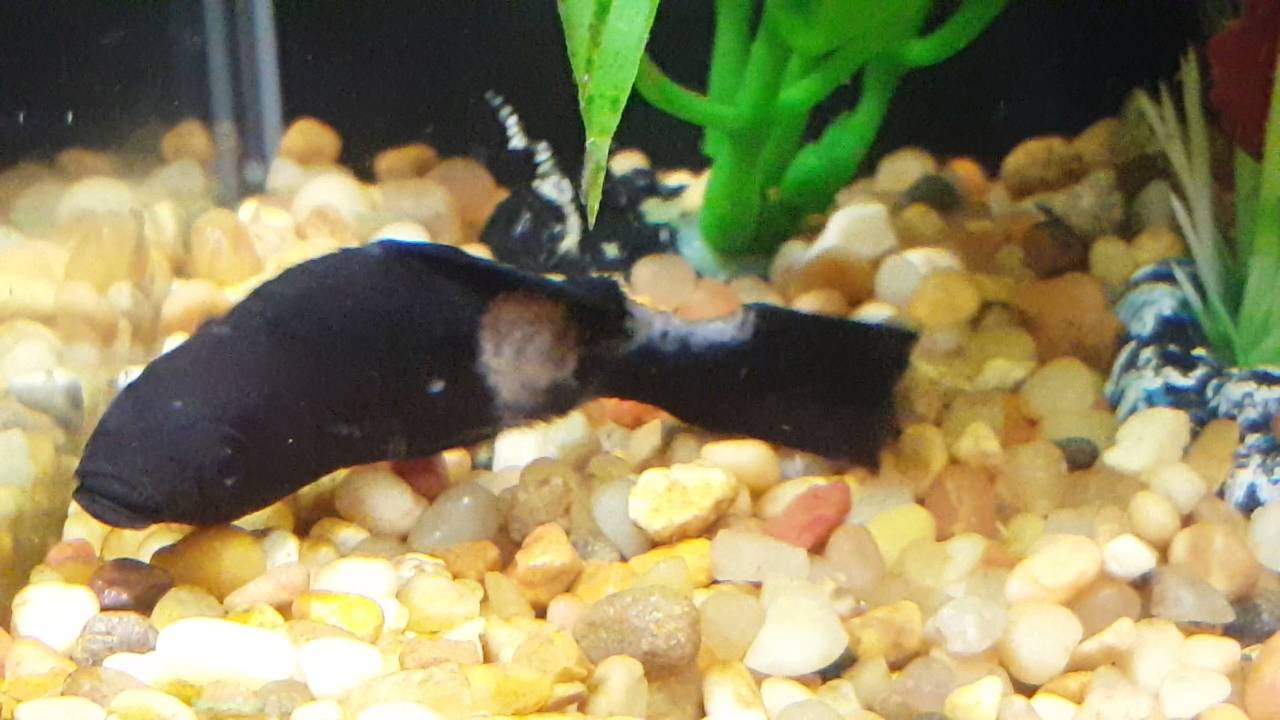 Mollies are extremely hardy creatures. However, that doesn’t mean they’re invincible. Their lifespan varies from 2-5 years, depending on how well they’re taken care of. The question then arises, how to tell if a molly fish is dying? Do you think you could save the fish if you spotted the signs quickly? Here’s your chance to find out!

How To Tell If A Molly Fish Is Dying?

The first indicator that anything is amiss is that, while everything appears to be in order, your Molly is not behaving normally. You might notice it losing its appetite, hiding, looking sad, or shaking or shimmying.

If something doesn’t feel right, check the water and temperature conditions right away. A partial water change usually solves the problem, and everything returns to normal quickly.

Because Mollies produce a lot of trash, some people employ them to cycle their aquariums. While many people survive the battle with ammonia and nitrite increases, others do not. Because there are other (mainly non-living) items you may use to age your water, we advocate conducting a fishless cycle alternatively. Ammonia toxicity is evidenced by gasping for air and irritated gills.

If your Molly Fish is showing physical symptoms such as difficulty swimming or resting on its side, gasping for air, white or black patches on the skin, swelling, fin rot, pointed scales, red mouth or anus, and tumors, then it is likely to have Molly Fish disease.

Provide the correct treatment as soon as possible after identifying the symptoms. Avoid waiting until the condition worsens.

The curved back of a balloon molly gets worse with time

Balloon Mollies have a curved spine, which is a characteristic of the species. Due to this genetic defect, the species has developed a balloon-like shape as a form of adaptation in order to survive. A lot of interest increased in Balloon Mollies for this ‘cute’ appearance rather than get shunned, inspiring breeders to produce more of the pups.

A few of the curves are slight, others are pronounced, and still others get worse as time goes on. Fishkeepers say this is the reason why Balloon Mollies live a shorter life than other molies.

There are also issues related to balloon mollies such as constipation, swim bladder disease, and parasite problems. As a matter of fact, when this occurs, it does not get noticed immediately because its form and behavior will not give it away at the onset.

There are a lot of Balloon Mollies that are healthy, but there will always be some that are not. Unfortunately, because they are big moneymakers for breeders, there is no end in sight to the production of these fish.

Female Mollies may die after giving birth in certain situations, primarily loss of energy. The struggle of labor, along with the guys attempting to pursue her before and after her pregnancy, produces a great deal of stress. She may withdraw herself, become hostile, refuse to eat, or become ill.

A Mollie usually lives for between four and five years, depending on the breed and the type of care that it receives. Whether you’re a good hobbyist or not, fish will die if they’ve lived long enough. In spite of health problems, fading color, slowed movement, and cloudy eyes indicate aging.

To prevent the spread of disease to other fish, the fish should be transferred to a hospital tank first. Observe the symptoms in the new tank, make sure that the water parameters are correct, and consult your veterinarian before using any medication.

The first thing you should do if you suspect that your molly fish is sick is to move it into the quarantine tank. In order to prevent disease transmission to other fish in the tank, make sure that you do this as soon as possible. Parasitical infections, such as ich, are highly contagious and can affect fish across species without contacting the host. The symptoms of the sick molly should be closely examined once it has settled in the new tank.

In the event that your fish is suffering from respiratory complications, you will notice signs such as your fish lying on the bottom, gasping for air, and having labored breathing. Or in cases of parasitic infections, blotches will be present across the fish’s entire body or maybe limited only to a few spots on its body. The fish will also show signs of lack of appetite, reddened gills, and shrivelled skin. Besides, the behavior of your Molly will change if it has swim bladder disease. Your Molly may swim in unpredictable patterns, like floating at the top, diving to the bottom, or swimming upside down. It will basically lose buoyancy.

Each condition presents its own distinctive and particular symptoms. Thus, the fish must first be diagnosed correctly in order to be treated correctly and saved.

In general, most tanks do not require that much maintenance if you are diligent with upkeep. An aquarium needs no more than 30 to 60 minutes of maintenance per week.

To ensure your tank runs smoothly, here’s what you should do daily, weekly, and biweekly.

Book An Appointment With The Vet

Replacing the water, washing the tank, and giving nutritious food are sometimes all that is required to resurrect a dying molly fish. In addition, you must seek medical attention. The reason is that fish can get a variety of clinical disorders that can only be treated by a veterinarian. As a result, it’s critical to pay close attention to the symptoms so you can assist the veterinarian in making an accurate diagnosis.

The medics will provide oxygenation and dechlorinated water to the fish upon arrival if they show signs of respiratory illness. Whereas if a fish requires surgery, you will be required to supply enough original tank water. A specialist will also ask you questions like what species are kept in the tank, which fish have a disease (species, age, and size), if a new fish has been introduced recently, whether or not filtration is working, etc.

It’s important to consult with the vet before using any antibiotics or other treatments on Molly, even if you think she can be cured at home.

No, as brilliant as mollies are, they don’t act dead just to make you look stupid. If your molly is behaving strangely, such as resting still at the bottom or swimming upside down or frantically, this indicates that something is amiss with the fish.

Molly is either sick, suffocating, starving, or the tank has now become unlivable for it. From what I could gather from various forums, people had reported that their mollies died soon after they claimed they were playing dead. Therefore, whenever you observe that your fish are acting abnormally, you should immediately intervene and keep experimenting until you figure out why they are acting that way.

Is the molly fish a long-lived species?

Mollies do not have a long lifespan. Their life expectancy is approximately 2-5 years in captivity. With that said, the environment in which they are brought up and the food they eat determine how long they live.

What causes my molly fish to keep dying?

Whenever you notice signs of injury or illness, it is important to ask this question. While fishing, Mollies (molly fish) are commonly injured by getting caught on the lines. These creatures can also catch infections from the environment. If this occurs, antibiotics should be used to treat the wound. In severe cases, you might be forced to amputate the fin.

Make sure to avoid placing Mollies in situations where they are at risk, so as not to let them die before they are able. However, there are occasions when you can’t influence what happens. When it comes to illnesses, being able to detect issues early on might save Molly’s life.

In the event that your fish has beyond the point of no return, you should isolate it and provide it with the finest possible care in its dying moments. And in case you have made a mistake (if there is any) then you should learn from your mistakes and apply them to the new fish that you catch. If necessary, take notes to help you remember the teachings so that others might benefit from them as well. You will improve as a fishkeeper as you gain experience and expertise.