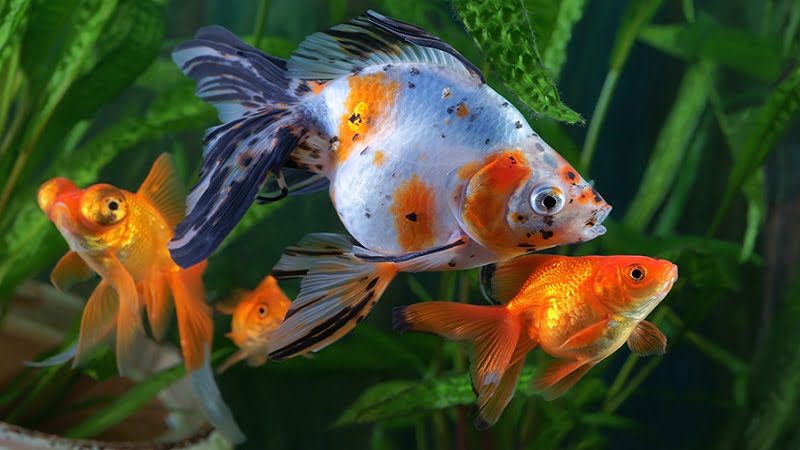 You have a goldfish tank and want to build a community by adding other fish varieties, but you’re not sure if your goldfish want to have buddies around. Don’t worry; this article’s information can help you answer the question, “Do goldfish need friends?”

The answer is that they may not need a friend, but suitable mates can make them happier. Actually, goldfish do not need friends to have some sense of safety or happiness because they are not schooling fish. In fact, in the wild, goldfish only rely on other goldfish for reproductive purposes.

However, pairing goldfish with other compatible species can make them happier and help reduce stress. Goldfish are friendly and social, so when you have multiple goldfish together, you may find that they stick around each other, even though they are not schooling fish. As they become friends, which means they like being with other fish, you can notice that they will swim in the same path as the rest of their tank mates.

In addition, some owners have observed that their goldfish seem happier when they have friends. Hence, this can be regarded as a method to stimulate your goldfish’s mental health.

When goldfish have recently lost their tank mates that have been with them for a long period, they may display symptoms like depression or grief. You can help your goldfish feel more normal by providing a new tank mate if they have lost their previous tank mate.

In short, adding other fish as their friends is more of a personal decision. Nevertheless, keeping at least two goldfish per tank is recommended to encourage companionship and stimulate activity. Besides, as long as you ensure that the tank has lots of food and enough space for your goldfish to swim, after adding tank mates, they will be contented.

What Can Make A Good Mate For You Goldfish?

You may want to look at these compatibility essentials to grab the idea of a good goldfish’s tank mate.

Do goldfish need friends? The answer is maybe yes.

It’s unlikely that goldfish will need a tankmate, but they like company. Sometimes your goldfish will spend most of their time with their friends, whereas other times, they just live individually in the tank. Keeping goldfish in pairs can help improve their mental health and promote their activity levels.

Besides, it is critical to introduce a mate to your goldfish slowly. You may want to follow a quarantine period to reduce the stress for both of them. Besides, carefully selecting an appropriate buddy for them is crucial to protect not only your goldfish but also other fish species.