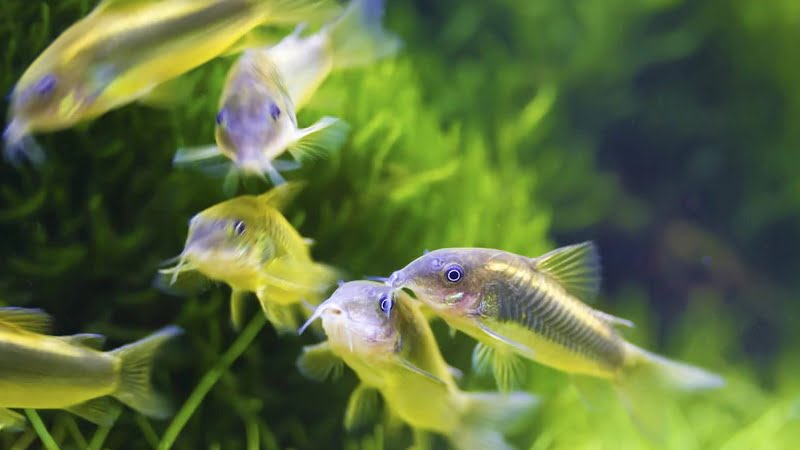 Some wonder “do cory catfish eat planaria” and if these flatworms harm the fish’s digestive system or even threaten their life. I’m here to tell you that these creatures aren’t that dangerous to fish. But, it’s correct to say that they don’t bring many positive benefits to the lives in aquariums either. Find out the effect that planaria have on your corydoras.

Yes, Cory catfish will eat planaria and help you clear the tank from these harmful flatworms. However, I must say that eating planaria isn’t a favorable part of the diet for corydoras, given that they are pests and don’t carry any nutritional benefit.

These flatworms can be found at the bottom of the tank on top of rocks or gravel. According to some research, planaria can live forever. This means that these creatures may stay in the tank and bother your pets for an extended period if you don’t take action.

When the corydoras are full, they won’t bat an eye on the existence of the planaria. If you want them to eat planaria, you must feed your fish less frequently and avoid leaving leftover food in the tank.

Planaria And Its Risks With Fish

Luckily, planaria don’t carry any health risk for fish like corydoras, and they don’t pose any threat like an infection to the fins or tails (fin or mouth rot). However, planaria are shrimps’ greatest enemies.

White planaria are abrasive predators and pose a particular threat to shrimps. Baby shrimp and eggs are the targeted foods for planaria. It isn’t uncommon for hungry white planaria to chase adult shrimp.

Alongside white planaria, there are black and brown types as well. In comparison to white planaria, these are much less aggressive towards shrimps. Nevertheless, they can still lead shrimps and their eggs to severe sickness and death.

I don’t recommend keeping shrimps when there are planaria in the tank. With corydoras, shrimps won’t have a peaceful life either.

How To Get Rid Of Planaria With Corydoras

The thing is, cory catfish don’t actively look for planaria if they are well-fed. Thus, if you want them to dwell at the bottom of the tank and clean it from the flatworms, you have to proactively feed them less to force them into finding other foods in the tank.

Usually, we feed cory catfish twice per day in a moderate amount or we divide the meals into even smaller portions. Now, to get rid of planaria, you should only cut down the amount of food and stick to one feeding per day. Since the fish won’t feel full enough, they will start to search for planaria or even greens in the tank. But trust me, they will hunt these flatworms first.

Other fishes that consume planaria are angelfish, goldfish, and bettas. So you can consider pairing corydoras with other large and docile fishes. My advice is that you pick bottom dwellers or at least mid-swimmers. Also, try to avoid overfeeding your fish because this will create an ideal living environment for planaria.