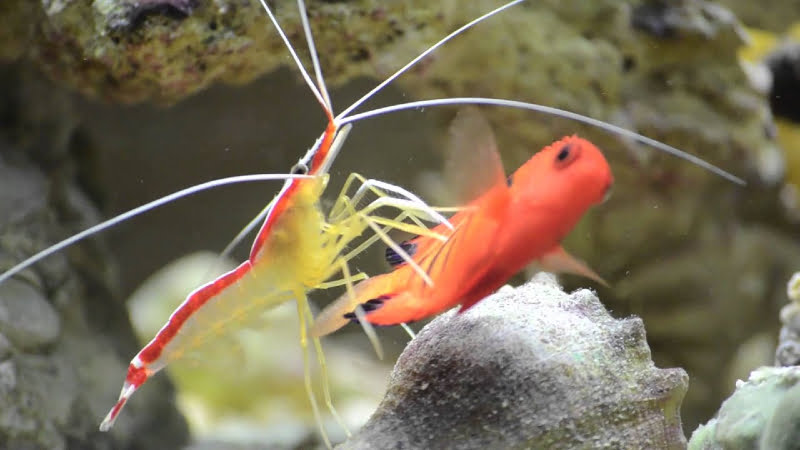 Just like people, the creatures in your aquarium cannot avoid getting sick. Ich which is one of the extremely common diseases that fish in your tank are very susceptible to. And more than that, it can spread to other creatures in the tank.

If you are keeping freshwater shrimp and don’t know if they can shrimp get ich? This article will answer your question.

ich, or Ichthyophthirus multifiliis, is a very small, white parasite that attaches to fish in freshwaters. This disease is quite common, and fish in aquariums are particularly vulnerable to it since if one fish gets ich, this disease will quickly spread to all the other fish. The good news is that ich is a treatable parasite, but if it is not caught in time, or if it is not treated correctly, it can cause your fish to get ill quickly, and it can even be fatal if not treated correctly. Ick has caused the death of whole tanks of fish because people did not know how to treat it or identify it.

Can Shrimp Get Ich?

Freshwater shrimp will not be harmed by ich in the water. Despite not being able to acquire “ich”, shrimp can ‘carry’ the ich tomonts. In other words, if they were moved to an unaffected tank they could cause damage to it. To ensure that your shrimp don’t carry ich on their outsides, you should examine them carefully.

How Can You Tell If Your Shrimp Are Carrying Ich?

Since shrimp are not affected by ich, they cannot get sick from it, nor will they die from it, so you do not need to worry much if you have a tank that only consists of freshwater shrimp. Shrimp and fish are often kept together in the same tanks, so it’s hard to ignore whether shrimp carry ich or not. A ich egg, also known as an ich tomont, may attach to any surface. It can attach to glass, aquarium pebbles, decorations, and more, as well as to freshwater shrimp that you bring in. Thus, you should check anything that you bring into your tank from another aquarium or from a different place for ich.

How do you check your shrimp for ich? Due to the fact that shrimp cannot sustain ich, there is only one thing to look for: the eggs. In the early stages there may only be a few ich eggs, so be sure to look closely. Ich eggs are small, white dots or bumps that can appear all over whatever surfaces they are attached to. Additionally, you should ask the source of the shrimp whether they have ever experienced any ich problems in the past, as this will provide an indication of their risk level for infection. Some breeders may not be as transparent about this as they should be.

What Should You Do To Prevent Ich From Entering The Tank?

Even if you do not see any eggs on your freshwater shrimp or if you see evidence of ich on them, you should treat them before putting your shrimps in the tank as it can rapidly infect the tank and make all the fish sick.

Many of the chemicals that are used to treat ich in fish tanks are also harmful to invertebrates such as shrimp. Therefore, it is best to quarantine your shrimp after purchase. Sometimeses, the Ich will die without a host within seven days, but it can be up to seventy-two days. Therefore, instead of using chemicals, to ensure the safety of other creatures, you should quarantine the shrimp in a separate tank for at least sixty days before introducing them to the tank you intend to keep them.

Is ich treatment safe for shrimp?

Many commercial Ich treatments utilize copper to kill the Ich parasite. In fish-only aquariums, this is fine, but it is toxic to aquatic invertebrates, such as snails, crabs, shrimp and crayfish.

What to do if your shrimp gives your fish ich?

There is an ich treatment you can buy in the store if you find ich in your aquarium is Ich-X. This ich treatment is safe for both fish and shrimp, as well as for other things like snails and plants in your aquarium. How much to put in the tank to treat the ich depends on the instructions on the bottle.

So your shrimp are completely safe from the harmful effects of Ich disease but they are likely to carry Ich into your tank. However, if you follow the instructions above, the organisms in your tank should be perfectly fine as this disease is not difficult to treat if caught early. Also, always test and treat or isolate the shrimp before adding to the aquarium.