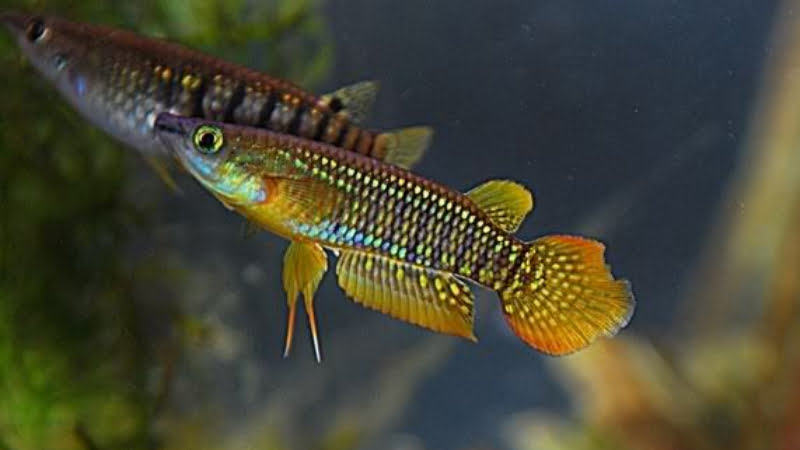 Werner’s Killifish is a good choice if you’re interested in killies but aren’t sure which species to begin with. The Werner’s Killifish, like the majority of Killies, are often offered by their Latin names, which may make it difficult for newcomers to know precisely what they are purchasing. As a result, caution should be used while researching and picking which species to maintain.

To help you determine whether or not these fish are the ideal aquarium fish for you, let’s have a closer look at an overview of Werner’s Killifish and the conditions they need.

Werner’s killifish (Aplocheilus Werneri) is a species of killifish that was originally found in Sri Lanka. This species may reach a maximum length of 7 cm (2.8 in). Small, shallow, slow-flowing, highly shaded streams and rivulets with a silt or clay bottom are their native habitats. They are mostly used as aquarium fish in captivity. ‘Andreas Werner’ was the original fish importer of this species, who first introduced it to Germany in 1964. In honor of him, the species takes this specific name.

Unlike many other killifish species, it is a non-seasonal species that lives in permanent bodies of water, as opposed to seasonal species. Aquarium maintenance is a breeze with this one. Create a tank that is thickly overgrown and dimly illuminated, as well as hideouts made of logs and rocks. It is advisable to choose plants that grow above water. Because it is an excellent jumper, the aquarium should be kept firmly closed.

Besides, the Werner’s Killifish (Aplocheilus werneri) demands low light levels and a large number of hiding places in order to thrive. They will utilize rocks and timber to conceal themselves. Plants, particularly floating ones, are also an excellent option.

Additionally, the Werner’s killifish should be kept in an aquarium that is at least 20 gallons in size. If you create a forest stream-like setting with a soft substrate, driftwood, and leaf litter for your floating plants, it will thrive! It is possible to add submerged aquatic plants as well.

Due to the fact that the Werner’s killifish may be little aggressive, it is best maintained in a community of fish that are too big for it to devour or intimidate. This species was formerly supposed to be a subspecies of Aplocheilus dayi, and the name Aplocheilus dayi werneri is still used wrongly to refer to this species.

Originally, this fish is a predator and it feeds mainly on insects and small fish fry, but it will readily take frozen or dry foods as well. Bloodworms are widely accepted by the population.

Moreover, a diversified diet of tiny meaty meals, such as frozen brine shrimp, frozen blood worms, live blackworms, high-quality flakes, and granules, should be provided for them in their tank home. If these fish are fed probiotics and garlic in addition to a well-balanced diet, they will look their best and will be in better general health.

It is extremely simple to make in terms of reproduction. Werner’s Killifish reproduces by depositing eggs in the ground. It is recommended that the spawning tank’s water be soft and acidic, with a pH of 6.5 and a temperature of 26°C. Minor variations from these criteria are tolerable in small amounts.

In addition to strong illumination and above-water plants, the spawning tank should have substantial amounts of fine-leaved plants, java moss, or a nylon spawning mat to facilitate the spawning process. Filters made of small sponges that do not give off too much air will be sufficient. You also need a triple consisting of one male and two females. Then, put them in a conditioning tank where they are fed live food before being transferred to the spawning tank.

The next morning, the process of spawning takes place. It is common for the fish to lay 10-30 eggs every 24 hours for a period of two weeks. If you notice this, you should gently remove them from the aquarium. It is recommended that you only allow each trio to spawn for one week. Leaving triads (especially females) together for a long period of time can result in their weakness and fatigue.

You should pour one to three drops of methylene blue depending on the egg volume. It usually takes 11-14 days for the eggs to hatch (the day of hatching being influenced by the temperature). Newly removed artemia should be given once the egg sac of the puppies is complete. At about three days old, they will readily take microworms. It is important to keep an eye on the pups as they get older, to keep them separated from their younger siblings. The older pups will feed on their younger siblings.

What does Werner’s Killifish eat?

Despite the fact that Werner’s Killifish is a predatory species in the wild, this carnivorous fish can take frozen and dry food in an aquarium setting. In the wild, they prey on insects and young fish, among other things.

Because of its gentle and predatory temperament, it should be housed among other peaceful fish that are bigger than it.

How do identify the male and female Werner’s Killifish?

Compared to females, males are more vibrantly colored, have longer fins, and are bigger in size.

Is it easy to breed Werner’s Killifish?

Werner’s Killifish is a species of Aplocheilus that is said to be simple to breed. They require a pH of 6.5 while breeding and are best bred in a trio of 1 male and 2 females. If properly conditioned, they will spawn for up to two weeks and produce anywhere from 10 to 30 eggs per day.