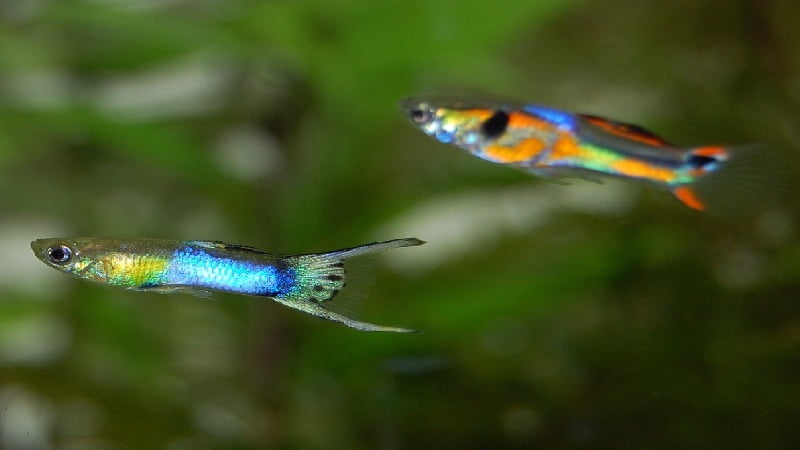 Whether you’re a beginner or an experienced fish keeper, there’s something for you at the marine aquarium. There is plenty of fish to choose from when you visit a marine aquarium, from the small fish like guppies to the bigger ones like sparrow fish. In addition to providing exciting and educational experiences for visitors, marine aquariums can also be a great place to find new fish specimens. Here are some of the top 10 guppy fish species to enjoy when you’re in the marine aquarium.

What Is A Guppy Fish?

Guppy fish, which is also known as million fish and rainbow fish, is one of the world’s most widely distributed tropical fishes and one of the most popular freshwater aquarium fishes. As with almost all American species in the family, it is live-bearing and belongs to the Poeciliidae.

In South America, you will find guppies in Suriname, Antigua, Trinidad, Barbados, Guyana, Venezuela, and Tobago. Their distribution has expanded beyond South America, and they are now available around the globe.

They live together in big schools in the wild to protect themselves against predators such as large fish and birds. While guppies prefer freshwater habitats, they can also be found in brackish waters due to their adaptability.

One of the oldest varieties is the common or fancy tail guppy (Poecilia reticulata), which has been popular with hobbyists for over 100 years. These are one of the largest varieties available in stores, and they make excellent community fish. They’re best known for their expansive tail shapes and their distinctive color morphs.

Compared to true wild types, Endler’s guppies have more colors and tail shapes to offer than their wild counterparts. These populations descend from those collected by the acclaimed scientist John Endler in the 1960s. This species is currently under debate regarding the way it should be identified.

Although Poecilia wingei is regarded as the name of wild populations in Trinidad, this species is still scientifically known as Poecilia reticulata. Some fish sold as P.wingei may be true Endler’s, but others may come from unrelated wild types.

Unlike the other two guppies, the swamp guppy lives in coastal swamps and brackish marshes rather than exclusively in freshwater.

Guppies with a two-tone pattern are the Tuxedo Guppies. The two-tone pattern comprises lighter and darker colors. In general, Guppy’s lighter color is on their front half and sometimes on their tails and fins. There may also be darker spots on the tail or fins. Usually, the darker areas appear on the back half of the body.

In most cases, the lines separating the front and back colors are diagonal or are patterned. Fin and tail colors can match either the lighter or darker colors, but they cannot be the same.

Silver, green, orange, black, and white are just some of the variety of colors available for cobra guppies. Cobra guppies are distinguished by their spotted bodies and tails and vertical stripes on their fronts.

An exciting feature of the Snakeskin Guppy is its vertical stripes, which resemble stripes on snakes or tigers. A typical light-dark pattern is seen in this species. The Guppies will usually have a combination of two or more colors if they are found in a variety of colors.

A Lace Tail Guppy is characterized by a distinctive, intricate pattern made up of alternating light and dark colors. The color pattern is typical of Snakeskin Guppies. Fan-shaped tails are characteristic of these animals.

The colors of these guppies can range significantly, including blues, reds, oranges, greens, and more. The Snakeskin Guppy family includes them for competition purposes since they are often found with the Snakeskin pattern.

Jarawee Lazuli Guppy’s name derives from Jarawee Farms, where it was bred, and from its lapis-lazuli blue coloration. This fish has an unusual trait of a bright blue head caused by an extra color gene.

Dorsal fins and tails are frequently called scissortail or double swordtails. Their name comes from the bright blue color they are known for, but other colors are also present. They are often referred to as multicolored Guppies.

Guppies with transparent tails are one of the features of glass fish. The fish of these species do not possess the silver dye that gives them a silvery appearance. Guppies can also have beautiful colors, and speckling on their tails is also typical in glass guppies.

The Panda Guppy has its own distinctive look in terms of its color scheme. I believe that the new breed of this fish has a darker coloring around the eyes as well as the dorsal fins, as well as the midsection of the body. This is in line with their Panda-like markings.

Panda Guppies are usually white or light-colored, with black or dark blue markings on the darker colors.

Video: 40 Different Types of Guppy Fish in the World

What is the most colorful guppy type?

Each person has a different opinion about which Guppy is the most colorful. The colors of pattern guppies and multi-color guppies will be more vibrant than the colors of solid guppies. However, solid color guppies can be colorful and bright as well.

The Half Black Guppies also have a colorful appearance, especially the blue, purple, and green types, due to their beautiful color contrast.

What is the rarest guppy type?

Guppy types that are the rarest are either the Moscow Guppy or Dragon Face Guppy. Their patterns and colors are very distinctive.

What is the most common Guppy?

You can find a common guppy in pet stores under the name Poecilia reticulata or the common Guppy.

In conclusion, there are several types of guppy fish you can add to your marine aquarium. Whether you’re looking for a brightly colored fish or one with interesting markings, there’s sure to be a perfect guppy for your tank. So why not add one of these interesting fish to your collection today?