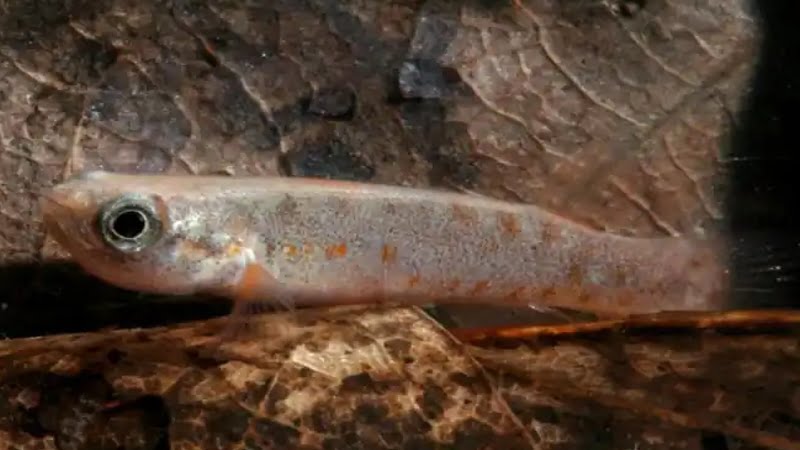 If the fun fact that mangrove killifish climbing tree recently caught your attention, you will want to know how these little friends survive outside of water and how they turn themselves into entirely healthy beings that adapt and overcome the environment. Let me tell you everything you need to know about this killifish breed and if it’s possible to purchase one for your home aquarium.

Mangrove killifish is a killi breed that lives in brackish or marine water where mangroves grow, which explains their name. Aquarists can find them mainly on the coast of Florida or Mexico. Due to the diminishing spawn of mangroves, this breed has started becoming rare and hard to find. Aquarists avoid affecting their living environment, and they don’t collect these fish for commercial purposes.

An adult mangrove killifish can grow up to 3 inches, but most are usually around 1.5-2 inches in length. Their body is very thin and has an elongated shape, even though they are quite small. The breed itself isn’t colorful. All mangrove killifish are yellow/ brown with silver specks. The most aspect about them isn’t their color. Instead, their tree-climbing habit is what makes them one of the most special

The lifespan of a mangrove killifish is unstable. Some live for only a few months, and some survive years of hardship due to the savage living environment where they constantly encounter bigger enemies. In general, the breed can live around 2 to 5 years if the conditions are right.

Mangrove killifish feed a good variety of marine and terrestrial invertebrates, mostly mosquito larvae or other insect larvae. Needless to say, they are carnivores and aren’t that fond of plants or algae.

Another fun fact about mangrove killifish is that they are cannibals. They are hermaphrodites, meaning they can change their gender accordingly and have reproductive tools of both male and female killifish. They can reproduce eggs on their own, and later they will feed on the eggs if there arent enough food in their surroundings.

This breed is similar to other killifish, swordtails, guppies, etc. Mangrove killifish can get very aggressive when the size of the tank isn’t big enough or if they have to live in a shared community tank. This breed is better off alone.

When Does Mangrove Killifish Climb Trees?

If the mangrove trees which support the fish are dry, the fish then leave the water to climb into the mangrove trees’ vacant trunks of logs that insects made. They can stay there even over 2-3 months or more until the water level rises again where it’s safe for them to inhabit.

Mangrove killifish can alter their gills in order to be capable of living out of the water, which explain how it’s possible mangrove killifish climbing tree. Their bodies change, and instead of breathing through their gills, they breathe through their skin. When they get back to the water, the gills can get back to their original shapes and function without any abnormality.

How long can mangrove killifish live out of water?

Mangrove killifish or Rivulus marmoratus Poey can live out of water for about 2 months or more without having direct contact with water. They wait for the water to rise to the right level around the mangroves, and then they will come back to the water body. In general, they don’t suffer from any health problem and will survive just fine after climbing up a tree and staying there for months.

Where can I buy mangrove killifish?

Up to date, there isn’t any online store that specializes in the mass commercial sale of this breed, given that mangrove killifish live in a very harsh environment and rely a lot on the protection of the mangroves. If living in a tank, the breed can get highly aggressive and stressed out, which leads to a quicker death than its usually 2-5 years lifespan.