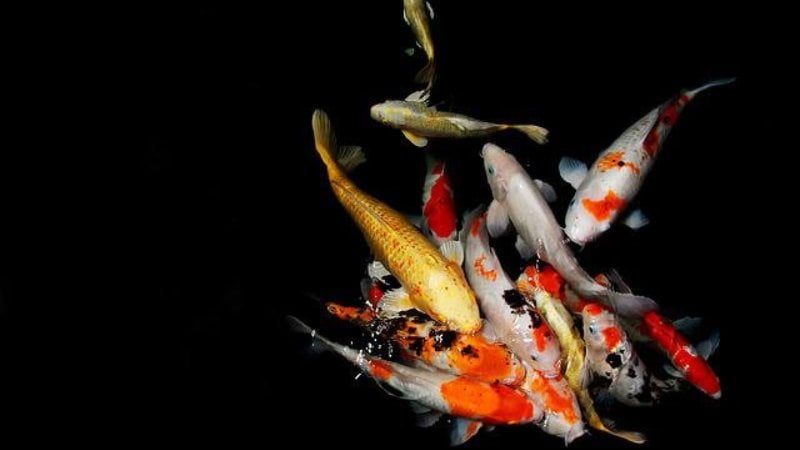 Many people wonder “is it illegal to eat koi fish in Japan?”, and my answer is a straight-up no. Despite their popularity and rareness, koi fish aren’t on the verge of extinction, nor do they require high protection away from people who want to have a taste.

However, there are doubts further than just the fact whether this fish species is illegal to eat in Japan or not. I will tell you everything you need to know about consuming koi’s flesh.

Is It Illegal To Eat Koi Fish In Japan?

In Asian traditions, the koi fish represents luck as well as good fortune and positive situations. The koi fish is believed to bring fortune and luck to those who come into contact with them. As for its origin, koi fish are believed to originate from Japan. That’s why many people think it’s illegal to eat them in the country of sakura, but that’s not true. It’s a total myth!

Firstly, koi fish don’t originate from Japan if not China. They are just made popular by the Japanese. The Chinese first bought these vibrant creatures are first bought to Japan by the Chinese as a gift.

However, although koi farming is believed to be a thing of the past in China around the fourth century AD, modern Japanese koi are believed to be dated to the early 19th century in Japan. This is when the koi are made famous thanks to how Japanese farmers caught, kept, and bred them so that the species own such beautifully majestic colors that it boasts of these days.

Secondly, despite the deep meaning of the koi fish symbol in the Japanese culture, this fish species can be found almost anywhere in the world right now and isn’t as significant to the nation as many thought it would be. In general, the native people of the country won’t bash anyone for eating koi fish, and the government doesn’t prohibit either.

But, it’s safe to say that people avoid eating koi fish to keep them from the food industry. And since it’s commonly known as aquarium or pet fish, people aren’t fond of eating them either. I believe this rule can be applied to almost any pet we have. And this answers the question is it illegal to eat koi fish in Japan.

Koi fish are very much similar to carp, a widespread freshwater fish species that can be found in almost every country. Carps are a popular choice for eating because they are cheaper and accessible. Those who’ve had the chance to eat koi claim that it is nuttier and more oily than carp.

However, some say it can be dangerous to consume koi fish, even though they taste just like carp. The meat of koi contains more mercury, and if taken for an extended period of time, it can become highly toxic for humans.

How much does a koi fish cost?

The price for koi fish will vary based on whether you purchase them young or mature, vibrant or dull, healthy or weak, etc. According to the breed, the price of a standard koi can vary anywhere between 20 and $85. However, it’s possible to encounter extremely rare koi that are worth well over $10,000 based on the rarity and size.

Since koi fish are commonly treated as pet fish, people have a hard time imagining the taste of the fish, and most would think that the texture is gross and the taste is weird. Furthermore, koi isn’t an inexpensive breed. A single koi fish can cost a whopping 50 to 80 dollars price tag, which explains why it’s not a common practice to eat koi fish.

Koi fish pretty much taste like carp, a well-known sweet/ freshwater fish breed that exists all over the world. People eat carps more frequently since they are much more accessible and affordable. Nevertheless, people who have tried this fish’s meat say that it tastes nuttier and more oily than carps.

Why are koi fish so expensive?

Since only the highest quality koi make it to the marketplace, they can become costly because of the limited supply and high demand. Koi fish also have a majestic yet simplistic appearance, making them look highly elegant, healthy, and peaceful. Many factors play a

Video: How to cook a koi fish | Mukbang | Cooking the most expensive fish in Japan | Koi fish delicacy