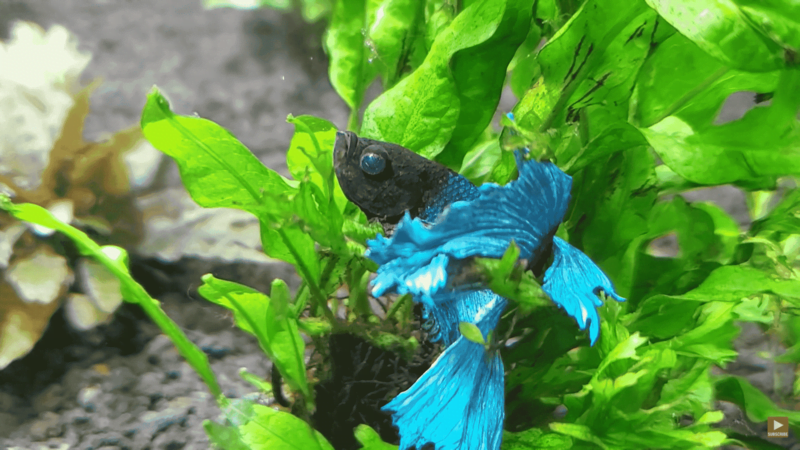 Bettas are called “beautiful fish” because they are gorgeous to look at. They’re usually kept alone in tanks. A betta fish can live up to 4 years or even more. If you take good care of it, it can live for a long time. They also have the right equipment to keep their fish happy and growing, which in turn will make them happy and healthy. It’s important to watch your betta fish every day to ensure it is healthy and free of illness or injury.

As a new betta owner, you may be unfamiliar with your fish’s appearance and behavior. Because many novice betta owners are unaware that their fish may be sick or damaged, here are some common indications to look for in both healthy and unhealthy fish:

The energy level and motion

A healthy betta with a high energy level is very active. Healthy bettas regularly patrol their territories and respond to movements outside of the tank. They are strong swimmers that typically swim fluidly. They tend to favor swimming in the upper regions of their setups.

In contrast to a healthy betta, an unwell betta is dormant. Fish that are inactive (lethargic) are most frequently cold, wounded, or ill. If your fish is frequently seen sitting on the bottom of the tank, something is awry, especially if it is also gasping.

Bettas with long fins may be less active than those with short fins. This is due to the fact that their fins frequently weigh them down and make swimming difficult. Even if a large-finned fish is frequently seen reclining, a healthy fish will remain attentive and eat well.

It’s possible that your fish is stressed if it hides all the time instead of swimming around freely. Unfortunately, a betta’s immune system is often damaged when it is overly agitated. If a betta feels overly exposed (due to a lack of plants or decorations) or is being tormented by more aggressive tank mates, it may try to hide all the time (such as some varieties of tetras). Hiding can also be a symptom of illness or injury.

Healthy bettas always appear with brightly color. They showcase bright coloration. They often will have a shine to their scales (iridescence).

Dull. The color of unhealthy fish is paler. Check the head, belly, and underside, even if the entire body does not appear dull. A paling dark-colored fish, for example, will appear lighter across the head, across the belly, and along the underbelly.

The stripes on the body of light-colored bettas may not be visible. However, you’ll be able to tell if you look at the eyes since a horizontal stripe runs through them.

With white or light-colored bettas, it may be difficult to spot paling from stress. Fortunately, by keeping track of other signs of health below, you’ll be able to keep on top of its overall condition.

Healthy bettas, either short- or long-finned, have fins that seem to flow when they swim. That means they’re relaxed and feel comfortable.

Clamped. If a fish’s fins appear to be glued together or are held close to the body, it’s a symptom of pain or disease.

Deteriorating. A bacterial infection may be evident if a betta’s fins are in tatters or substantially lacking between the rays (the bones in the fins).

Because of their sensitive nature, bettas, particularly those with long fins, are prone to damaged fins. A betta with injured fins, on the other hand, isn’t always ill. It could, for example, have caught it on display in its aquarium. Fortunately, illness can be avoided if you keep up with your water changes and overall hygiene routine.

Fins on some bettas curl as well. The presence of curled fins on a betta indicates that it has been exposed to hard water (high pH). Curling does not necessarily indicate a sick fish.

Additionally, some bettas demonstrate tail-biting tendencies that annoy their owners. Tail-biting seems to be more common in long-finned kinds, even though no one knows for sure what causes it. A common theory among betta keepers is that the fish may be pruning their own fins (usually the caudal one) to reduce the weight and size of their swimming fins. Stress and boredom are two other potential causes of tail-biting, according to fishkeepers. However, some feel that genetics may also be at play.

Cloudy and/or puffy eyes. A betta with cloudy and/or swollen eyes is likely to have been hurt, has cataracts, or has a bacterial infection called popeye.

A lot of dragon-scaled betta fish have what looks like scales growing over one or both eyes. As soon as the pigment covers all of the eyes, you may have to look after a blind betta.

This does not mean that your blind fish is unhealthy. You will just need to learn how to properly care for a pet that has a lot of extra work to do.

Easy-to-open gill plates They keep their gill plates shut most of the time and can easily open and close when flaring or flushing their gills. This is how healthy bettas work.

Disposable gill plates with holes in them. A fish’s gill plates may not be able to close properly if it is sick or wounded. One or two gill plates that are unable to seal entirely are common symptoms of damage, ammonia burn, and gill flukes.

Check for signs of tearing in the “beard” as well as the “gills” of your betta. Female bettas have beards, too, but they’re less noticeable (only smaller).

Breathing that is easy. When a fish is healthy, the movement of its gills is very small.

Gasping. It means that your fish is having a hard time getting enough air. As you look at male bettas, you will see that the beard is more visible. As well, you might see the fish gulping for air at the surface of the water.

It will yawn and/or shake its gills from time to time. In small amounts, these are normal behaviors. Healthy bettas get oxygen from the surface as well as they need, especially when they’re stressed out while on the move or flaring.

Smooth and clean. Healthy fish have streamlined bodies with no signs of infections, defects, or hitchhikers.

Poor breeding practices can result in fish that are born with structural flaws that impede their ability to swim properly. Short bodies (predominantly in double-tailed variants) and bent spines are among the possible abnormalities. Be mindful that even if they are otherwise healthy, a betta’s body position can lead to health issues down the road. A curved spine, for example, can make it difficult to swim, which can have a negative impact on one’s quality of life.

Ready and alert. A healthy fish should be eager to eat when there is food around.

Uninterested or trouble eating. An unhealthy fish may refuse food or eats very little far in between.

When you feed your bettas, what you feed them also plays a role in how much they eat as well. In this case, your betta may not be able to eat their food if the pellets are too big for them to eat Try different foods, feeding methods, and/or feeding schedules to get your bettas to eat more. This is because bettas can be picky eaters.

People who keep fish like this may also have to think about what kind of food they eat and how active they are. As an example, if your betta is always on the lookout, it might eat more in one meal than if you leave it alone all day. As you get to know your betta, you’ll be able to change the feeding schedule all the time.

Younger bettas tend to be healthier and more active. The more your betta ages, the less active and vibrant he or she may appear. The majority of bettas, on the other hand, don’t begin to show more evident indications of ageing until they are 2 years old or older. You may notice a decrease in activity and a loss of color by the time your child is two years old. Bettas over the age of ten are more likely to suffer from chronic fin rot, grow blind, or develop tumors than those under the age of ten.

How to Make a Betta Fish Happy?

Check to see that there are no mirrors in the tank for betta fish before you do any other work in the tank. Though female betta fish aren’t very interested in mirrors, they can get hurt when they look into them.
Next, make sure the water chemistry is always in the right range. When fish are in water that isn’t right for them, they can get sick, which can make them depressed and have other stress reactions. It might be possible to make a chemical change or change some of the water in your home.
It’s also very important to make sure your betta gets enough mental stimulation that is appropriate for its species and age group, as well.
It’s good for betta fish to have things like moss balls, leaf hammocks, and ring gyms in their tanks because they are all things that are good for them
If the fish has a certain personality and likes certain types of music, it may also help the betta’s mental and emotional health if it listens to certain types of music.