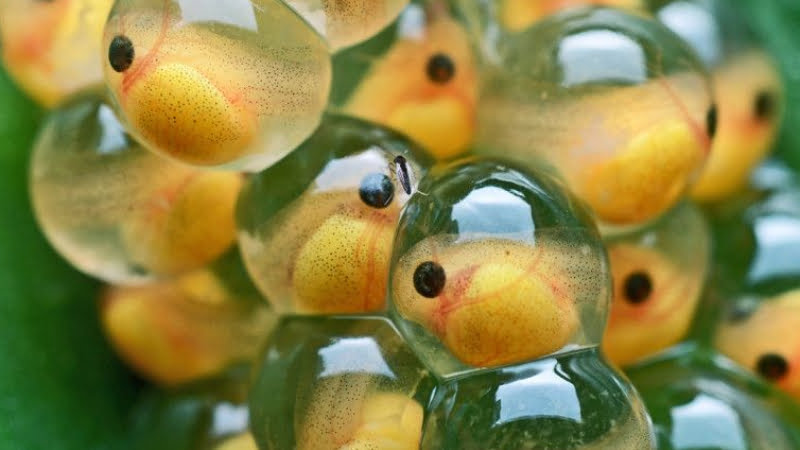 Are guppies capable of laying eggs? When you first begin keeping guppies, you probably have this question in mind. If you’ve noticed that you have a guppy that looks like it is producing an egg, and now you don’t understand what’s happening, then you might be wondering what’s going on.

Fortunately, in this article, we’ll give you all the information you need about guppy fish eggs. Please read on for all the details.

Guppies are not known to lay eggs. They are “live-bearers,” which means that rather than laying eggs, they give birth to live offspring.

It is estimated that the vast majority of species of fish lay eggs, with just 2 percent of fish giving birth to live offspring rather than egg-laying.

To put it simply, the guppy eggs are laid inside the mother’s body and hatch within the mother’s body. Then and only then are they allowed to go free. Therefore, to avoid this, instead of laying eggs and waiting for them to hatch, the mother guppy releases live baby guppy babies into the water (known as “guppy fry”).

Depending on the species, a female guppy may give birth to from 10 and 120 guppy fry in six hours. Because there is such a wide variety, the number of guppy fry produced by any given mother varies greatly.

Guppies do not produce eggs. Rather than that, they keep eggs inside their bodies and reproduce live, free-swimming fry.

It is quite rare for female guppies to give birth to eggs. However, there are several cases in which this may occur. These eggs, on the other hand, are unlikely to hatch in the near future.

The following are the most prevalent causes for female guppies to deposit eggs:

There is no fertilization of the eggs

In general, fertilization occurs inside the female guppies’ bodies. However, it is possible that the eggs will develop but will not be fertilized. These eggs are referred to as “dead eggs”. Eggs that have died will not create progeny. Female guppies will attempt to expel them from the body if this occurs. The failure to properly dispose of the deceased eggs might result in serious health consequences.

If you detect any of these eggs in your tank, you must remove them from the tank and dispose of them properly.

Eggs are not produced in a suitable way

For the duration of the gestation phase, the female guppies keep eggs inside their own bodies. However, there are situations when the eggs do not develop correctly.

Because of poor water quality, it is possible that the eggs may get contaminated with germs. This is likely to occur in the demise of the embryo.

Another issue that might arise is if the pregnant female guppies are under stress throughout their pregnancy, the eggs might become unhealthy.

Incorrect formation of the fry

Occasionally, pregnant female guppies may give birth to fry that are not properly developed. As a result, the fry stays inside the eggs.

When this occurs, the eggs laid by the pregnant guppies may be found in the aquarium’s egg-laying chamber. These eggs are large because they contain a lot of fries, and you may even be able to see some movement within.

It turns out to be a miscarriage. However, even if the fry were to be born, they would not be healthy enough to live a normal life and survive.

Where Do Guppies Lay Eggs?

Guppies are known as “livebearers.” In most cases, they give birth to live fry and do not deposit eggs unless something goes wrong during their pregnancy.

Female pregnant guppies should search for hiding places to give birth in order to avoid being discovered. During labor, they are often found in the bottom of the tank. Guppies also utilize rocks, plants, and other objects to conceal themselves when giving birth.

Female guppies will give birth to their offspring in the bottom in a corner of the tank if they cannot locate a good hiding spot.

Video: Why Is My Guppy Laying Eggs?

What are the chances of fancy guppies laying eggs?

There is nothing special about fancy guppies when talking about reproduction. Another prolific livebearer is the fancy gourami. They give birth to fry rather than produce eggs. Fascinating guppy females may give birth to a healthy baby during a gestation period of 21 to 30 days.

Are all guppies egg-layers?

It’s important to note that all guppies are ovoviviparous, which means they reproduce internally. They do not lay eggs but instead give birth to their young in a live birth.
The eggs of the female guppies are kept within the female’s body for the duration of the pregnancy. They give birth to progeny by releasing them from their bodies after the eggs have hatched.
Fully developed fry are born at the time of conception. As a rule, they are born in the shape of a ball. They start swimming as soon as they uncurl from their mother’s womb.
Guppy fries that are healthy and mature swim to the top, while those that are premature, sick, or dead sink to the bottom.

What are the chances of fancy guppies laying eggs?

There is nothing special about fancy guppies when talking about reproduction. Another prolific livebearer is the fancy gourami. They give birth to fry rather than produce eggs. Fascinating guppy females may give birth to a healthy baby during a gestation period of 21 to 30 days.

What fish are livebearers?

Poeciliidae is mostly found in freshwater environments and is said to be the livebearers among all of the freshwater fish species. Besides guppies, there are a wide variety of livebearer species. Here are some examples: Platies, Mollies, Swordtail, Endlers, Goodeides, Anableps, Halfbeaks, and many more.

Guppies don’t usually lay eggs, and if they do, they won’t produce any offspring. Guppies are livebearers rather than egg layers, which has several advantages.

For guppy lovers, knowing how their favorite fish give birth will mean more frequent and healthier fish births, which they will be able to enjoy for years to come.