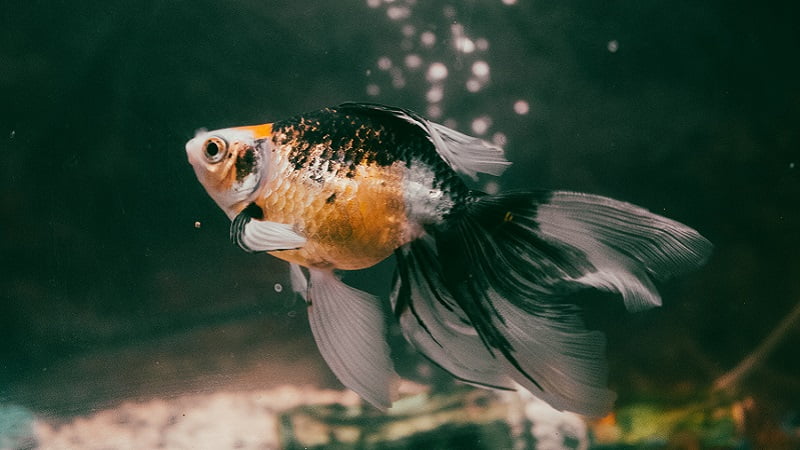 The living environment is important to goldfish species. Though you may know the goldfish live in a freshwater habitat, you still wonder if they live in the ocean as there are people who release the goldfish into the wild water.

This article will help you answer the question “do goldfish live in the ocean” and give you a kind of scientific explanation on this topic. So, keep reading on!

Do Goldfish Live In The Ocean?

In fact, goldfish are freshwater fish, which means the salty level (salinity) of the water must be kept under a certain number. The salinity of the seawater is too high for the goldfish to tolerate, and as a result, when exposed to the seawater, they cannot survive.

Why Can’t Goldfish Live In The Ocean?

The level of salinity is too high

The ocean is a saltwater environment with a high salt concentration, around 35 ppt salinity. This denotes that there is 35 gm of dissolved salts in every kilogram of water.

On the other hand, according to several studies, goldfish can tolerate the maximum salinity of below 20 ppt. Moreover, the goldfish are freshwater fish, which means their living water condition probably has a salinity of 0. Therefore, if they are in the seawater, they easily get dehydration – their body water flows out through their cells – and die.

The main cause of dehydration is that the ion concentration in saltwater or seawater is higher than in freshwater. Let’s take a look at the explanation below to see how this affects your goldfish body.

Where do goldfish live in the ocean?

Goldfish cannot live in the ocean. They are freshwater species; therefore, living in salty water like the ocean is impossible.

Can goldfish live in the wild?

Yes, they can, as long as there are freshwater environments with a variety of food sources. But the important thing is that when being released into the rivers or lakes, the goldfish will get bigger and eventually invade and destroy the ecosystem of those rivers. Thus, please don’t do that if you think of putting your goldfish into the wild.

Yes, they can, as long as the salinity level is below 8 ppt.

Can I add aquarium salt to my goldfish tank?

Goldfish probably cannot live in the ocean as the salinity exceeds their tolerance level.

The goldfish can deal with the water having a level of salinity less than 20 ppt. The water of the ocean is 35 ppt in salinity. Therefore, they will get overhydrated and die when dumbed into seawater.

I hope this article provides you with enough helpful information on the question, “do goldfish live in the ocean?”