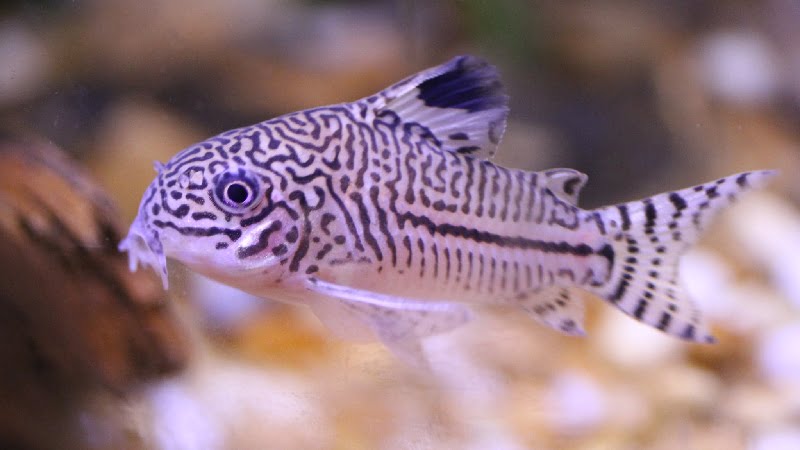 The Cory Catfish is a popular freshwater aquarium fish. It is known for its friendly disposition and playful nature. However, sometimes this fish can be seen lying on its side at the bottom of the tank. This behaviour can be concerning for aquarium owners, but few possible explanations are. Don’t wait anymore and explore the reasons why Cory Catfish laying on side now!

Why Is The Cory Catfish Laying On Side?

There are many reasons why a cory catfish might lay on its side. It could be a sign of illness, or the fish could be stressed. Alternatively, the fish could simply be resting. If you notice your cory catfish lying on its side, it is important to observe the fish closely to determine whether there is cause for concern. Then, let’s check out some possible reasons for your fish’s behaviour in the sections below!

As for the catfish lying down like this, this is normal. When the cory catfish want to take a nap, they will typically lie down like this.

As for how they sleep, these fish are also a little bit unusual. It’s technically true that they’re diurnal, but they keep busy for long periods of time. Instead of napping, they just rest when they feel the need for it.

A cory catfish will take a little nap when it feels like it needs to rest. There is often nothing better than watching a cory catfish nap for five minutes at a time. You might find a fish leaning against a rock or lying on the sand in your tank. Your fish will sleep whenever they want during the day or night.

Diurnal fish tend to be more active during the day than at night. Unlike most fish, they don’t tend to cycle around the sun throughout the day.

Swim bladder issues might cause long periods of lying on its side in cory catfish. Observe whether the fish is usually lying on its side most of the time because that may indicate that it is not swimming normally.

Check if you can get the fish to move around by tapping the glass. Note how the fish swims and how it reacts to your tapping.

How well does the fish control its movements, or is it swimming erratically? People describe fish that appear drunk to have swim bladder issues.

Swimming in circles is not unusual for fish. Other fish may swim upside down or sideways. Some fish can’t normally eat due to this problem, making it hard for them to move around.

When a fish appears not to be swimming normally, it is likely having trouble with its swim bladder. A swim bladder problem can be exacerbated by overfeeding and bad water quality.

The overcrowding of the fish tank is another thing to consider. Fish can sometimes behave strangely when put in stressful conditions.

When there is something wrong in the tank, a fish might lay on its side more than usual. Keeping the water parameters in the right range might be harder in blocked fish tanks. Tanks can quickly become filthy when they’re overcrowded. As the ammonia, nitrate, and nitrite levels rise, the fish might start suffering.

In addition to stress, a wide variety of other factors can cause cory catfish to behave oddly. Cory catfish, for example, maybe stressed by not being kept in a large enough group.

In general, cory catfish should be kept in groups of six or more fish each. They are schooling fish which are not well suited to being held in a tank by themselves.

The only way these fish will feel comfortable in a fish tank will be to keep just two or three of them. If your fish are not happy in the tank, some may begin looking lethargic.

Therefore, it’s important that you make the fish feel comfortable when handling them. Make sure they are kept in groups of at least six and in a fish tank that is large enough that they can thrive.

Don’t forget to choose tank mates who are appropriate for these fish. Fish that are aggressive can take advantage of cory catfish’s calm nature.

A hostile tank mate can easily lead to a stressed cory catfish. It is crucial to research the tank mates whenever building a community tank.

Treatment To Cory Catfish Laying On Side

Because of a wide range of reasons, treatment differs. Damage to the swim bladder in some fish can be irreversible. You might be able to treat the fish and reverse the damage in other circumstances.

Medication such as Swimbladder Treatment Plus can be given to the fish to treat the swim bladder problem. As long as you follow the instructions that came with your medication, it should help clear things up. Make sure to take care of any problems in the fish tank as well. Monitor the water parameters and make every effort to maintain the tank clean by changing the water on a regular basis.

Make every effort to prevent overfeeding the fish when feeding it. Cory catfish should be fed twice a day, and each time you should feed them as much as they can consume in three minutes. The boiled pea is a simple and effective way to make the catfish defecate.

Because medications can harm other fish and diseases that impair swim bladders seldom transmit between fish, you may choose to treat him in a separate aquarium.

How do I know if my Cory Catfish is dying?

If your cory catfish exhibits the following symptoms of poor health, it is dying.
– Weakness and sluggishness.
– Swimming slowly or not at all.
– Inverted swimming.
– Refusal to consume food.
– Gill discolouration.
– On the surface, gasping and having difficulty breathing.
– Cloudy and protruding eyes.
– White blemishes on the body

Why is my fish laying upside down on the bottom of the tank?

Suppose an aquarium fish flops over on its back or lists to one side. In that case, it most likely has swim bladder disease, a potentially fatal illness caused by parasites, overfeeding, or excessive nitrate levels in the water.

Do Corydoras sleep on their side?

Yes, they will sleep in odd positions, such as on their side or in strange places.

The most likely reason for a Cory Catfish lying on its side is sick. Other possible explanations include being stressed or having swim bladder disease. When you observe that your fish is lying on its side, you must first identify the cause. If the situation worsens, I suggest you take it to a vet for a check-up.