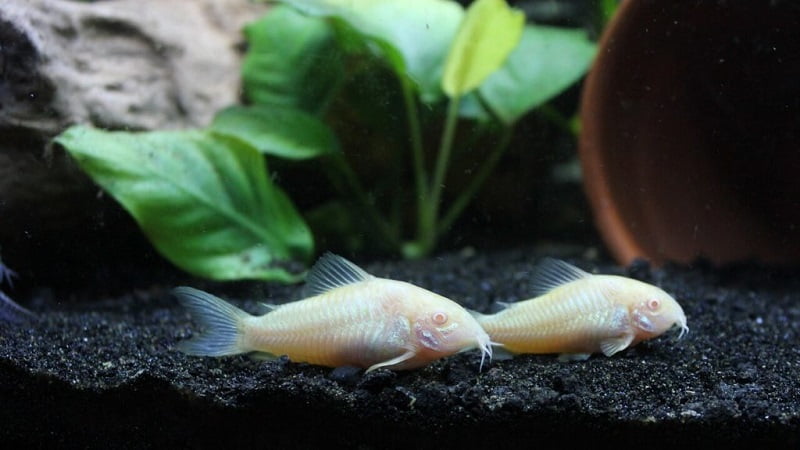 Internal bleeding is a serious stage of disease infection on your cory catfish. So what are the main causes of cory catfish internal bleeding? Are there any potential treatments and preventions for such infections? The answers are all included in this article!

Hemorrhagic Septicemia (HS) refers to an internal bacterial infection within the fish’s blood vessels. The bacteria will cause damage to body tissues, blood vessels, and the heart if they enter your fish’s circulatory system. This often results in internal bleeding.

HS occurs when parasites or bacteria infect fish’s open wounds and when bacteria are in the food consumed by the fish.

Septicemia is particularly transmitted through feeding fish live and/or frozen foods contaminated with pathogens; this is especially common with tubifex and blackworms of poor quality.

Septicemia can be caused by either a bacterial infection from the Aeromonas bacteria genus or viral hemorrhagic Septicemia – VHS.

As demonstrated, both causes of cory catfish internal bleeding can be easily triggered by poor water quality and other stress factors such as poor-nutrient diet, overcrowding, and extreme handling.

Therefore, the best prevention is to reduce the stressors on your cory catfish. The following actions can be taken to reduce the risk of infection on your catfish.

Video: How To Treat For Internal Parasites In Your Fish

Cory catfish internal bleeding is a severe symptom of ammonia poisoning or infection from Septicemia diseases. The environmental stress factors significantly cause your cory catfish to be vulnerable to these infections.

Therefore, you should keep the good water quality by doing water changes regularly to reduce the ammonia levels, and testing other water factors such as nitrate, pH, and temperature levels to be able to adjust timely. Besides, avoid stocking your cory catfish at high density to reduce stress as well as the changes of spreading diseases.