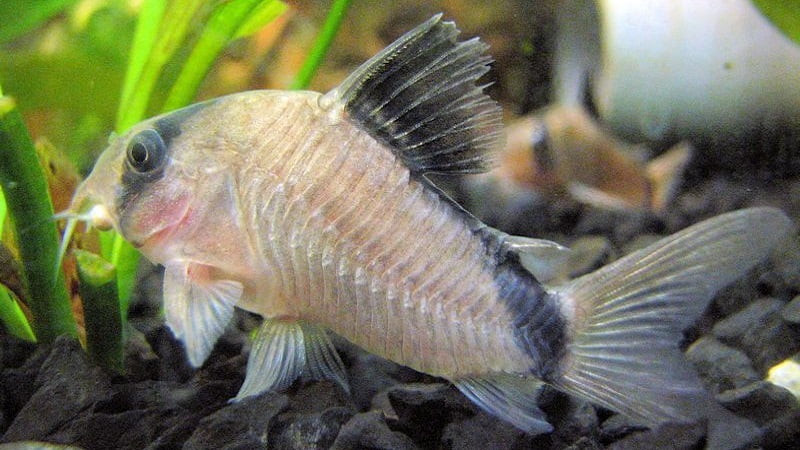 When water or other fluids accumulate in your cory catfish’s body cavity, such as in the abdomen, it results in a swollen condition called dropsy. There are several causes of cory catfish dropsy, but this condition is often the result of infections.

Treating dropsy is extremely challenging. However, it is possible for your corydoras to get cured and fully recover from dropsy if this condition is diagnosed early, especially when the affected fish can be isolated.

In this article, I will provide you with all essential and imperative information about the cory catfish dropsy, including causes, symptoms, treatments, and the best ways to prevent this condition on your fish.

Dropsy is usually caused by the very common Aeromonas bacteria, one of several Gram-negative bacteria commonly found in aquariums. This bacteria is generally related to two major diseases: gastroenteritis and wound infections, both of which often occur easily in contaminated water environments.

The underlying bacterial infections can cause a wide range of symptoms of cory catfish dropsy. Dropsy and swim bladder disorders can also be confused upon diagnosis as both shows similar symptoms, such as distended bellies, curled spines, and general malaise. The classic symptom of dropsy is a swollen belly. Other fish may show skin lesions or even show no signs of the disease at all.

As a result, dropsy is difficult to diagnose. Physical as well as behavioral symptoms can be observed in many cases. However, your veterinarian will probably need to do lab tests to figure out the type of infection in your cory catfish so that they can determine an appropriate antibiotic for treatment.

So, if you suppose that your cory catfish get dropsy by infection, you should take them to the local veterinarian for the best consult and treatment.

Here are some dropsy-related symptoms you can observe on your cory catfish:

Infected fish can be saved if they are isolated for proper treatment and detected early. The goal of treatment is to correct the underlying problem while also providing supportive care to the sick fish. Here are some essential actions you need to take to treat your cory catfish dropsy:

Quarantine: Separate your infected cory catfish in a “hospital tank.” It is important to separate all infected fish from the remaining healthy fish to avoid spreading infection over your aquarium.

Add salt: Dissolve one teaspoon of salt per gallon of water in the hospital tank. A low salinity level in the water allows fish to maintain their osmotic balance since the water salinity is similar to that in their blood. This allows the fish to expel the accumulated water, causing dropsy, in their bodies. However, do not add too much salt, as freshwater fish can become ill from a too high salt level in their water.

Provide food: Provide the sick fish with a wide variety of fresh, high-quality foods. In cases where the infection has not progressed too far as long as the fish is still eating, this is often an adequate treatment method.

Using antibiotics: The fish should be treated with antibiotics, either in the food or in the water, if they do not respond well to the water and food improvements. It is recommended to take a broad-spectrum antibiotic formulated for Gram-negative bacteria, such as Maracyn-Two. It is ideal to use 10 days of antibiotics to ensure the infection is eliminated, but always follow the directions on the package for duration and dosage.

Observation: The cory fish should be observed for several weeks after the dropsy symptoms have disappeared.

Maintain the main tank: Change the water in the original tank while the affected fish are quarantined, and also observe the remaining fish in the main tank to spot any symptoms timely, if any.

Prognosis For Cory Catfish With Dropsy

Usually, it is not easy to cure the disease or infection that causes dropsy. Some experts recommend euthanizing all of the infected fish for the sake of preventing the spread of the infection to healthy fish. Fish suffering from both popeye and dropsy usually face a particularly harsh outcome.

Despite prompt treatment, your dropsy-infected fish is at high risk of death, but there are also high chances of survival. Fish that are diagnosed in the early stages of the infection have a higher chance of successful treatment.

How To Prevent Cory Catfish Dropsy

As I have mentioned, environmental stressors are critical causes weakening your cory catfish’s immune system, making them more vulnerable to disease and infections, including dropsy.

In general, the ability to fight infection of your cory catfish will not be compromised by a single or short-term exposure to stress. Usually, their immunity is affected by stress exposure occurring over an extended period of time or by multiple stress factors concurrently occurring.

Thus, the best prevention for cory catfish dropsy is to limit the stressors affecting them. This could be successfully minimized by enhancing their living quality.

In short, infections causing dropsy can be prevented if your fish are fed a healthy diet, and the tank is maintained well.

Is dropsy contagious to other fish?

Any fish exposed to dropsy-causing bacteria can exhibit dropsy symptoms since the bacteria are present in all aquariums. However, healthy fish are rarely affected by dropsy.
This only happens when the fish’s immune system has been compromised by some other stress factor. It is quite common to find an entire tank infected when all the fish are stressed, but it is also possible for just one or two fish to be affected, especially when prompt action is taken to prevent the spread of bacteria.

Is it Dropsy or Swim Bladder Disorder?

Dropsy is typically called edema or ascites; it refers to an incredibly swollen belly in fish.

There are several factors causing cory catfish dropsy condition, but the leading cause is bacteria infection. The root of such infections is the weakened immune system, often initiated by poor water quality.

The best way to prevent dropsy in your cory catfish is to ensure good water quality and provide your fish with a healthy and nutritious diet to minimize the stressors and increase their immunity.