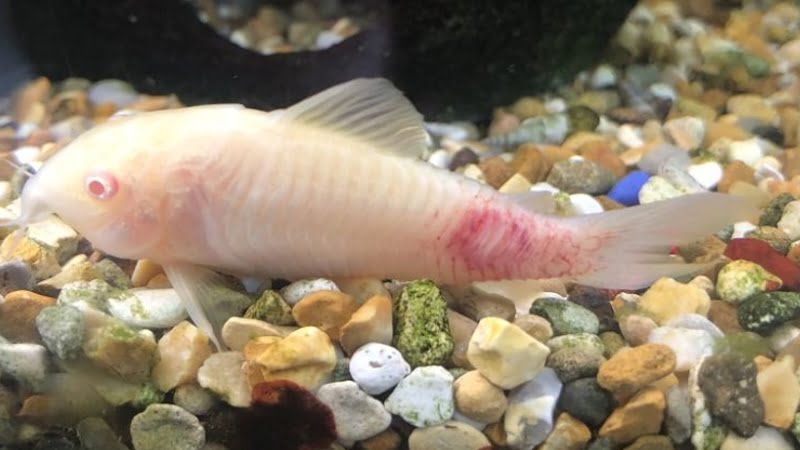 If you are dealing with cory catfish ammonia poisoning, I have some tips for you. Ammonia poisoning is a severe condition among aquarium life forms when the water parameters are extremely off, and the tank is dirty. Normally, it doesn’t get to this point if we follow the basic cleaning rules (at least once every 2 weeks). But, if you are caught in this mess now, follow the steps below to treat your pets.

Ammonia poisoning occurs when the pH levels rise. For the well-being of the aquarium fish, ammonia levels should be 0, and I recommend it to every kind of aquarium, no matter if it’s for freshwater or saltwater fellows. Your cory can tolerate a 1 ppm ammonia level for a short time, but it should be brought back to 0 as soon as possible.

Rising pH level is the result of the loss of CO2. But, besides this natural process, some decisions taken by humans with their aquariums can artificially and unknowingly cause the rise of ammonia. For example, not cleaning the fish tank frequently or not taking the leftover food out and letting them decompose underwater will augment ammonia.

Death is the most severe outcome possible for your cory catfish if they are stuck with ammonia poisoning. When the amount of ammonia found in freshwater or saltwater tanks gets excessive, the substance becomes toxic and may chemically “burn” the skin of fish’s eyes, fins, eyes, and gills.

Before meeting their judgment days, the fish will undergo many symptoms like suffocating, hiding, quitting eating, swimming in a bizarre pattern, or having clamped fins. There are more signs, but these are the most basic.

What bothers me the most is that these symptoms are very generic and manifest in other diseases like parasite invasion or infection. Therefore, I suggest you always have an ammonia test kit to test various water conditions, including ammonia levels, for the most accurate diagnosis possible.

How To Treat Ammonia Poisoning

These are the 5 steps that one must go over if wanting to treat ammonia poisoning definitely and effectively. Warning: These steps won’t cure the fish in a night. You should be patient and act quickly so that the fish won’t suffer an early death.

Perform Various Water Changes During A Long Course Of Time

After checking the ammonia level of the tank and the result is positive, you should prepare dechlorinated water and perform a water change of 25-50% of the original water in your aquarium. It’s important to use water that shares the same temperature as the water in the tank.

Cory catfish ammonia poisoning is a serious health condition, so it’s vital that you use processed water, as I have mentioned. Using tap water without treating it will put your cories in a stage of shock, and the difference in temperature causes the same reaction.

How frequently can we change the water? Many think we have to wait so that the fish don’t get too stunned. But, if you follow the temperature and dechlorinated rules, you can perform daily water changes and cure your fish faster.

One of the most commonly used methods to reduce the pH of aquariums is by using chemical solutions. You can easily find products that lower pH levels on tons of e-commerce platforms or fish stores.

The active ingredients are diverse in their use, with some using dilute acid and others using “all-natural” techniques like tannins and organic matter with acidic qualities. Each product should be used following the instructions on the label and with particular care taken to avoid mucous and skin membrane contact.

This is a common case among cory catfish. Many owners put them in a bowl, and since it’s too small, the fish live in their waste and suffer from ammonia poisoning. That’s why having a big tank or providing the fish with a large living space is important.

With a giant aquarium, the leftover food and the fish’s waste won’t impact the water’s cleanliness. Also, the filters have more time to process the harmful components.

Change The Way You Have Been Handling The Fish

If you are a new hobbyist, you may haven’t had much experience with your cories. A school of cories travels together, and they eat together as well. Feeding them twice per day should be enough. And giving them too much food isn’t necessary either, simply because they don’t consume as much.

I understand that feeding our fish might be the most fun thing to do when our pets are fish, given that they don’t do much anyway. But giving them an excessive amount of food will contaminate the water with waste, thus augmenting the ammonia level and the possibility of cory catfish ammonia poisoning.

The ammonia won’t be processed either if you filter the tank too much since the filter eliminates some useful bacteria that resolve ammonia.

Also, too much oxygen will cause the food to decompose quicker. The consequence is a spiked-up ammonia level. Therefore, you may want to gesture the use of the oxygen machine in the aquarium.

If your fish are severely sick, you can remove them from the tank (using part of the old water with ammonia mixed with new processed water) and give them antibiotics to heal from the infection. Nitrofurazone, cephalexin, penicillin, etc., are all antibiotics available in the form of powder that fish can handle.

How do I know the ammonia level in my fish tank?

At fish stores or any e-commerce platform, we can easily purchase an ammonia test kit with which we can test the ammonia level multiple times. The price of this products varies depending on the type and number of tests, but with around 15$ we can get a standard kit with test tubes, color charts, solutions, etc., that can be used many times.

Yes, almost if not all fish can die of ammonia poisoning. And many times, the whole school of fish dies since they share the same living environment. They will give signs like suffocation, clamped fins, passive attitude, etc.

There isn’t a natural medicine that can cure ammonia poisoning in fish. The process requires many steps like changing water, giving fish antibiotics, augmenting the pH level in the water to lower the ammonia level, etc.