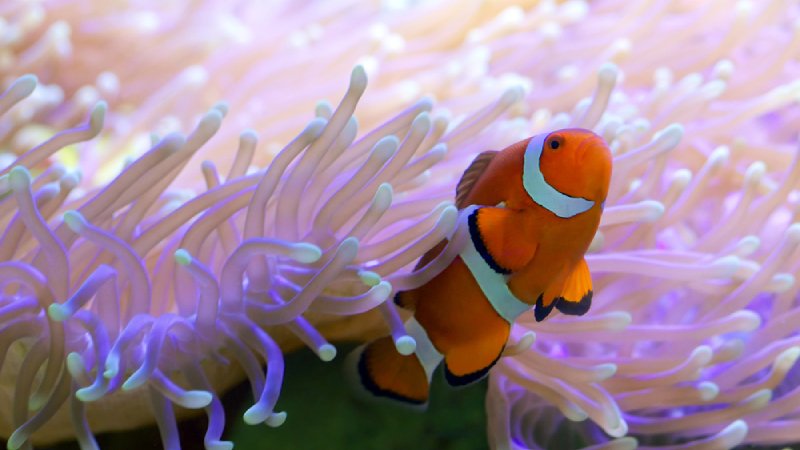 How To Care For Coral Beauty Angelfish

Coral Beauty Angelfish are pretty resilient, and with regular and moderate care, they will thrive. You won’t have any special duties to complete if the aquarium’s parameters are in the optimal range for them, apart from feeding them regularly and replacing 30% of the water once a month.

If a Coral Beauty is healthy when you acquire it, it is unlikely to become ill in the future. As a result, it’s best to isolate your new Coral Beauty Angelfish for at least four weeks before introducing them to the main fish tank.

Bacterial, fungal, and parasite illnesses can affect Coral Beauties. Pay care to the fish’s body when keeping them in a quarantine tank. Also, keep an eye out for white patches or a brown covering over the main hues. Marine Ich illness is characterized by little white spots. If the spots are smaller and more numerous (you won’t be able to count them), you’re dealing with Marine Velvet, a more dangerous condition. The most frequent illnesses in Coral Beauty Angelfish are listed below.

Fungus and bacteria can infect them as well. They are more susceptible to illnesses like these after contracting parasite diseases like Marine Ich and Marine Velvet.

To cure these diseases, gradually raise the temperature in a quarantine tank to the maximum your fish can tolerate, but first, give them fresh water dips of 5 to 15 minutes, depending on the indications of stress. Also, follow the directions for using copper-based medicine. If you notice signs of Marine Velvet, you should act quickly.

Prepare ahead of time by deciding how many Coral Beauty Angelfish you want to retain. It is not a good idea to introduce a new member later on. Only if they grow up together will they get along well with other members. However, there is no assurance that there will be no conflict. You might want to maintain a female and a male to avoid disputes, but if you can’t determine which is which, you can wind up with two males in your fish tank. They will never stop fighting. As a result, the majority of individuals choose to keep only one fish in each marine aquarium. Fortunately, they have no ill feelings against other dwarf angelfish.

Why Do Angelfish Chase clownfish?

Fish typically act for a reason, albeit that reason may be based on fish logic. Inter-species hostility arises from real-world concerns and can take the form of chasing other members of your species around. Aggression is important in the wild, even if it is inconvenient in your fish tank.

Aggression comes at a cost in terms of survival. Chasing and fighting other animals, especially members of your own species, takes energy. However, in some situations, the advantages of aggressiveness exceed the disadvantages. Coral reef biomes face fierce competition for food and space. Angelfish use aggression to carve out a territory of their own to graze for food and reproduce.

Freshwater angelfish, unlike their saltwater relatives, are rarely aggressive. When they start reproducing, however, they begin driving away other fish, even other angelfish. The aggressiveness in this situation originates from the need to protect their young. Angelfish will be able to pass on their genes as a result of this behavior. Freshwater angelfish are members of the cichlid family, a species of fish that exhibits an exceptional degree of maternal care for its young. In between driving other fish away, freshwater angels would “fan” freshwater onto their eggs and select out dead or unfertilized eggs.

Angelfish in saltwater have a reputation for being aggressive. The amount of aggressiveness across angelfish species, and even among individuals within a species, varies significantly. Adult males, on the other hand, are more aggressive than females and youngsters. Males of the same or similar species will frequently drive away other males of the same or similar species. Angelfish in the sea live in harems with one male and numerous females. As a result of driving away other males, the dominant male is able to pass on his genes.

Male angelfish can have their aggressiveness short-circuited by a variety of factors. Males of comparable form or color are frequently chased and fought by aggressive males. Non-angelfish with comparable markings are occasionally targeted. As a result, you must be cautious while choosing tank mates for your angelfish. To minimize aggressiveness in most species, you may only retain a single male and perhaps a female.

Clownfish are one of the most straightforward saltwater fish to manage in a tank. They nevertheless need a higher level of attention than other freshwater aquarium fish. Their resilience, on the other hand, makes them an excellent “starter” fish for those new to saltwater aquariums.

Clownfish need a tank with a minimum capacity of 30 gallons. To make the fish feel comfortable, the tank should contain plenty of hiding spots. Clownfish can survive in both fish-only and reef aquariums, though the former is considerably easier for new saltwater hobbyists to manage. Their water must have a specific gravity of 1.020 to 1.024 and be between 74 and 78 degrees Fahrenheit.

Clownfish will consume almost any type of fish. They’ll even take flake food, which is unheard of in saltwater fish. You must, however, ensure that they eat a diversified diet. Live and frozen fish meals, such as brine shrimp and krill, should be included. These foods are available in most pet stores. They also require vegetables like spinach and nori in their diet. Nori is available in specialist food stores. Clownfish acquire all of the nutrients they require from a diverse diet.

Clownfish thrive in a “community” aquarium, which includes tiny, calm fish. The majority of clownfish are harmless to other fish, however, they are tiny enough to be threatened by larger tankmates. Clownfish will also avoid invertebrates, making them ideal for a reef aquarium. Only one type of clownfish, the maroon clownfish (Premnas Biaculeatus), is hostile and should be kept in a tank with other large, robust fish of similar size (four to six inches).

Clownfish do not require anemones in order to survive or prosper. Anemones, in fact, can be more delicate and difficult to care for than clownfish. Lighting, food, and substrate are all different needs for different kinds of anemones. The beaded anemone (Heteractis aurora) and the sticky anemone are two hardier anemones that host clownfish (Cryptodendrum adhesive). Because certain anemones may harm people, always use gloves while handling them. In the absence of sea anemones, clownfish may take up residence on some corals, such as Xenia polyps.

Can Coral Beauty live with clownfish?

Can clownfish and angelfish live together?

Angelfish of all varieties may be used with clownfish, but I suggest Pygmy Angelfish since their sizes are more closely matched.

A member who is actively involved. The coral’s size in comparison to the clown is significant. Clowns have the ability to suffocate corals.

Angelfish of all varieties may be used with clownfish, but I suggest Pygmy Angelfish since their sizes are more closely matched. Because many Angelfish are fairly aggressive, it’s advisable to stay away from particularly big species. So before raising clownfish, you should learn the information about coral beauty angelfishes with clownfish carefully.