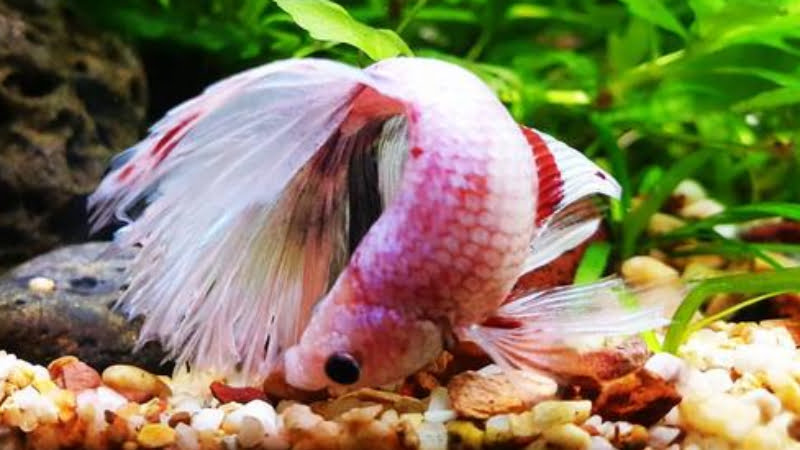 There is no doubt that keeping Betta fish has been a popular hobby for a long time and that trend is unlikely to change anytime soon. When these fish are asleep, they do almost seem to be dead, which gives off the impression that they might not be alive. Therefore, what is a sure-fire way to answer the question, “Is your Betta fish sleeping or dead?” .

The Signs That Your Fish Is Sleeping

A fish does not sleep the same way as a human. In contrast to other animals, it has no eyelids. This, however, does not mean that fish are incapable of sleeping. As an aquarist, you may observe that there will be times when the ornamental fish appear motionless for a short period of time. It is likely that the fish at that time are in the stage of sleeping.

At this point, you can observe how its gills are moving. When aquarium fish are active and healthy, their gill movement is normal. When they sleep, the movement slows down. During this period, it may remain at the bottom of the aquarium or hover in the water column. Thereafter, it will remain motionless. During sleep, however, it is still active.

Here are a few great ways to determine whether or not your Betta fish is asleep. When I first began researching this topic, I used this method. Whenever you see a sleeping fish, you can grab a small fish net and pretend that you are fishing and catching it. The majority of the species will try to flee away to save their lives.

Also, you can understand easily how a species moves its gills by observing its movements on the surface even when you do catch some species with that small net. Since fish do not have eyelids, it is not possible to understand them naturally. When I began, I also had difficulty understanding this. In spite of that, we do need to understand that a sleeping fish’s body remains perpendicular to the floor of the aquarium unless there are certain exceptions, such as catfish, loaches, and so on.

The Signs Of A Dead Fish

When a fish does not sleep, it generally means that the fish is sick or even dead. It is, however, imperative to check before removing it from the aquarium. This kind of behavior sometimes occurs among fishes while playing with each other. This is an error which I have made on several occasions. Therefore, first check that the fish are in good condition.

When the fish are afloat, it means that they are dead. In such a situation, there may be white bubbles appearing around the fish’s body. In the presence of other fishes and still the fish isn’t responding, then it is dead. Nevertheless, in order to ensure, it is advisable to check the condition of its eyes and its body color.

In the case of a dead fish, you will not receive any response from it. Its color will illustrate this easily. It is highly likely that after the animal dies its body color will start to turn pale and white in color. In some cases its eyes may also bulge. Another way to know if a fish dies is to observe its clouded eyes.

You must, however, try reviving your fishes at least once if you have some such as catfish, lungfish, bichir, loaches and so on. The reason is that these fish may act and manipulate you as a result.

Besides that, some fishes can breathe through their mouths. This type of fish is called a labyrinth fish. Bettas, also known as gouramis, are common labyrinth fish found in aquariums. The movement of these fishes is sometimes not seen to its fullest. Therefore, if you have these species, you must watch their body movements and fin movements for proof of their death.

Ways To Test  Whether Your Betta Fish Sleeping Or Dead

Betta fish can lie on the bottom or float to the top of a tank, so assuming that one is dead can be confusing. When you see these signs, and your fish is not moving, you can be sure he is dead.

All these signs plus your Betta being motionless in the past few days or weeks may indicate that he has actually died.

Upon examination of his gills and mouth, he does not appear to be breathing. If possible, you could use a fishnet to remove him. No movement, no breathing, and no leave the net, which could be a death sign.

You should allow your fish to rest. Betta fish need rest, so don’t try to find out if it’s alive by knocking on its tank when you find it lying somewhere. Most probably he is just sleeping. He will awaken soon and will begin exploring the environment around him.

Video: Betta Fish Lying on the Bottom of the Tank – What to do?

Is it normal for Betta fish to remain motionless?

Stress could be a result of the fish staying still. It could also be a result of water temperature fluctuations or an oxygen deficiency. Nevertheless, the fish is also motionless and inactive when it is sleeping. It is recommended to check water parameters first, if the fish remains in this position at all times.

What is the reason my betta is lying on the gravel?

You now know that this is completely normal behavior on his part, so it’s likely he just needs a break. Keep your eyes peeled, however, for any signs of trouble. Take note of any symptoms like those described above, then treat appropriately.

Is it possible for betta fish to sleep with the light on?

During the day, your Betta will nap when the light is on, as well as sleep with the light on. Nevertheless, it is important that you turn off his light at night so that he will get the rest he needs. If your tank doesn’t have live plants, the light does not need to be on for more than 8-10 hours a day.

What is the sleeping time of betta fish?

Individual fish have different needs. During the day, your Betta may take short naps, while at night he may sleep longer stretches. Some Bettas require more sleep, while others need less. Generally speaking, if you make sure that you provide a cycle of day/light when the light will not be on, your Betta should be able to get enough rest.

Many factors may contribute to a Betta fish laying on the bottom of a tank looking dead. This could be due to rest or illness. Identifying which is the critical step in determining whether your Betta will survive or die.

When you observe your Betta carefully, you can determine whether there is a problem, and then decide how to proceed.