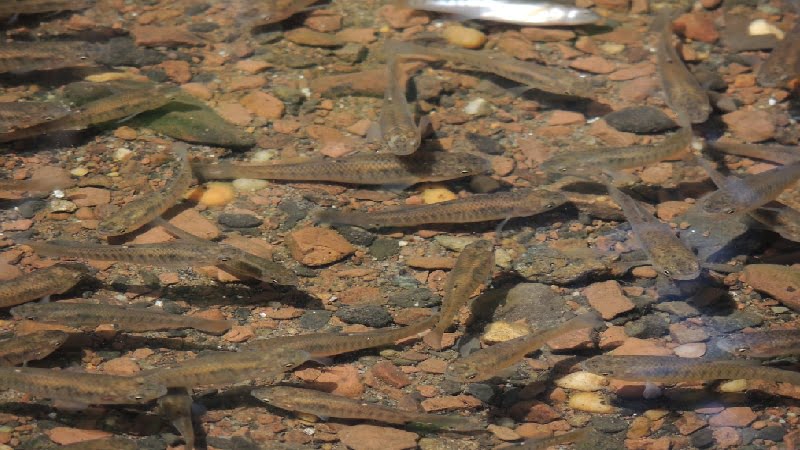 When you’re looking to feed your fish a proper diet, it’s essential to consider their individual needs. For some fish, a high-quality diet may include pellets, flakes, or frozen food; for others, a diet based on live or fresh vegetables and fruits may be better suited. Some fish prefer small pieces of food, while others may prefer larger chunks. And some require more protein than others.

To ensure your fish receives the best possible nutrition, you have to research banded killifish diet needs before making any purchases or starting any new feeding routine.

The banded killifish is an incredible freshwater species found predominantly in the freshwaters of North America. It is classified as a member of the genus Fundulus and is technically known as Fundulus diaphanous. That is the controversy that has nothing to do with fishkeepers.

The species range from the east coast to the Great Lakes region and Minnesota. This species is named for the vertical banding patterns on its sides and for its distinctive coloration on males. Banded killifish inhabit freshwater only in North America, similar to the brackish water-dwelling Mummichog.

The Banded Killifish, rare in aquariums because of its high maintenance requirements, can be a challenge to keep.

Fundulus Diaphanous, a shoaling fish, enjoys being part of a school of three to six individuals. This species usually inhabits shallow ponds, rivers, and lakes with sandy gravel or mud bottoms. A natural habitat for these fish would also include driftwood and numerous plants.

Banded killifish are listed as threatened or endangered in certain state records in the United States. However, the population density in some areas of the U.S. makes this a regional classification only.

Banded killifish can be an eye-catching addition to a native fish tank that contains other North American specimens. Interested in keeping this problematic native fish? Below are tips to help you succeed.

A fish’s diet is crucial to consider when you are keeping them as a pet. The type of food they eat can affect their health, their appearance, and even their behavior. When it comes to the diet of a banded killifish, there are a few things you need to keep in mind.

What Does Banded Killifish Eat?

Generally speaking, banded killifish are carnivorous in nature. In the nature, these animals prefer to live in areas with dense vegetation, including clearings where they can collect food easily.

They eat a variety of small insects, crustaceans, mollusks, and other organisms that look like them. In terms of nutrition, the young rely primarily on copepods and larvae, mostly from the midge flies and mosquitoes.

The question now is, what makes an aquarium’s diet balanced?

It may not be as easy to answer this question as you think. The banded killifish will not accept commercially prepared food like flakes because there is a little bit of a problem.

Upon first observation, you may think this is what a newly acquired fish does. The banded and many killifish species require live foods in order to flourish, so yes, you are correct in thinking that. Unfortunately, the flakes or other commercially available foods for carnivores cannot be shifted onto them so they can become accustomed to them.

The following tips can help you ensure that their feeding is nutritious without allowing the parasites to multiply. Keeping in mind that variety always enhances nutritional benefits is also important.

The brine shrimp provide a very good source of nutrition, especially since it contains vitamin components that are important to banded killifish food. It is also possible to use frozen brine shrimp as well as live shrimp.

Tubifex worms: They have valuable nutritional value for banded killifish, but they might be prone to parasitic infection. When you rinse them with cold tap water, you remove any parasites, so now they are ready for food.

In stores, you can find both black and white worms. Black worms have lower fat content, and they are used more frequently than white worms.

Mosquito larvae: Banded killifish feed on them for their treat. These fish tend to catch them a lot. Don’t overfeed your fish.

What is the Banded killifish size?

This type of fish is a small shoaling fish with lengths ranging from 3.93 to 5.11 inches. Males are generally larger than females.

Where can I buy banded killifish?

It is challenging to find Banded Killifish for sale. The availability of these fish depends on the source, but they usually have to be caught in the wild. Obtaining fish from natural sources may be illegal in your area. There are certain areas in the United States where this species is specially protected.

The banded killifish was designated a vulnerable species in January 2005 under the Newfoundland and Labrador Endangered Species Act. This species is undergoing habitat loss owing to industrial growth, motorized watercraft operations, and the destruction of aquatic vegetation.

How long does a banded killifish live?

Only two years is the life expectancy of Banded Killifish, a short-lived species. The longest lifespan known is three years.

In their native habitats, killifish feed primarily on crustaceans, insect larvae, and worms. In some instances, omnivores eat algae as part of their daily diet.

In conclusion, getting your fish to eat the proper diet is vital for their overall well-being. A balanced, varied diet is the best method to ensure that your fish stays healthy and strong. If you’re searching for tips on how to feed your banded killifish, check out some of my recommended articles above. Hope this post is helpful for you!